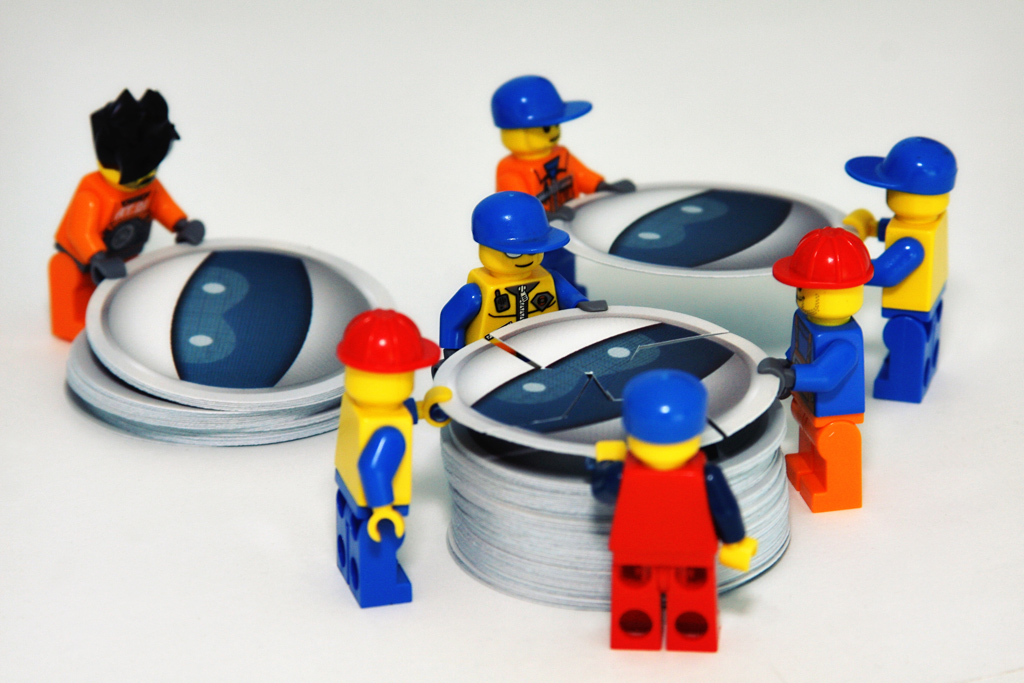 Ever dreamt of making others work to answer any of your questions? Well, Brazilian startup Ledface has bold ambitions. It wants to use what it calls “the collective brain”, in other words crowdsourcing, to solve your day to day problems. It launched in private beta yesterday and we took it for a test drive.

What Ledface is (and what it isn’t)

Ledface is a crowdsourcing platform that aims to harness collective intelligence to answer questions. In practical terms, this means that selected groups of users can collaborate on the platform to develop the best answer. Ledface’s algorithm comes into play to select the best group for each question, based on each user’s profile, and to compile the best answer.

In case you’re wondering what makes Ledface different to the countless Q&A style sites out there, well it’s founders insist it isn’t a Q&A site:

“Ledface is not a Q&A site. Think it as new kind of social network in which people interact with each other, not directly, but through an interface, a mentor. People can ask and they get answers from collective intelligence through Ledface. They don’t get the answer from John or Paul; the answer results from the interaction of many people responding to that and other related questions in real time – live.”

Besides offering a single answer for each question, the big difference with its competitors such as Quora is that contributions aren’t clearly attributed to their authors. On Ledface, there are “no names, no ego, just knowledge.” This is a big gamble; Will people trust an anonymous answer? Will users be encouraged to contribute if they can’t get full credit? Some might say auto-promotion has been key to get users to contribute on other websites.

However, the startup believes this aspect is also a deterrent for many potential contributors, such as women. In a blog post, it points Wikipedia’s ego-driven environment as the reason why the vast majority of its contributors are men. In contrast, Ledface will resolutely focus on co-creation, though individual users also get rewards.

To get a better grasp of Ledface’s concept, here’s an introduction video in English:

In passing, the vast majority of Ledface’s communications and the platform’s content are in English, confirming its global ambitions. At the moment, all contributions have to be in English, another gamble since Ledface is based in Brazil.

A few hours ago, the users who had registered for early access received an invite to join the private beta of the platform. Don’t worry if you haven’t: we’ve managed to get 500 extra invites for our readers – click here to claim yours. The short sign-up process is entertaining, if somewhat puzzling; in between questions around their areas of interest, users also have to sort colors by preference. It’s actually more than a fun feature: this is a psychological test, the Lüscher color test, which is supposed to help Ledface profile its users. I don’t know about you but I still wonder what my color preferences say about me! The initial test questions have been rapidly followed by other questions from beta testers. They’re now more diverse, ranging from “How to organize a yard sale in a week?” to questions on species evolution. There’s no pre-moderation, which could be quite risky, though it’s possible to report offensive questions.

Users are then prompted to ‘co-create’ by writing their own short answer to each question. Somewhat disappointingly, the live collaborative element is not immediately visible, possibly because Ledface doesn’t have enough users yet.

Users can also add their own questions; once the answer is ready, which can take up to 24 hours, it will be added to the user’s Knowledge Base. Ledface calls it the ‘baking’ process. This vocabulary is an example of what Ledface is doing right; beyond its concept, it does have an engaging tone. It also has a consistent visual identity, with the Ledface character becoming a nice companion. I have to confess I’m biased though, as I’ve always liked Clippy, Microsoft’s talking paperclip, which most people found very annoying.

Still, Ledface faces big challenges, the main one being reaching the critical mass it needs to demonstrate the full power of its algorithm. The more users on the platform, the better Ledface’s algorithm gets. This could be a vicious circle; will it manage to retain users who test the site now? Ledface may also need to adapt its message and the words it uses. ‘Collective intelligence’ and ‘swarm intelligence’ might appeal to nerdy early adopters – not so much to their moms…

Ledface knows how crucial it is for the platform to gain traction. Its CEO Horacio Poblete learnt it from experience. As his three co-founders, Horacio has already launched other startups. The lesson he learnt from previous failures  is that having customers is as important as a good product. This is why the team of nine goes behind designers and Ruby on Rails programmers. It also includes a Social Media Manager (to attract users) and a Community Manager (to retain them).

Ledface is currently bootstrapped. Its team members have invested $30,000 in its launch, completed by contributions from their friends and families. It has also launched a crowdfunding campaign on the dedicated platform IndieGoGo a couple weeks ago. It has only raised $2000 out of its $27,000 target so far. The private beta release may help it find more backers during the campaign’s remaining eleven days.

For those interested in looking under the hood, Ledface is a ‘lean startup’. This methodology developed by the author and blogger Eric Ries is more and more popular among startupers, including in Brazil. One key element of the concept he exposes in his book is to listen to one’s customers. Of course, it makes even more sense for a co-creation startup, and Ledface focused early on building its user community and validate its ideas (logo, pitch…). It managed to get 15,000 Twitter followers and also grabbed early adopters’ attention thanks to well-thought game mechanics.

Putting Campinas on the map

Due to its global ambitions, it would be easy not to notice Ledface is a Brazilian startup. However, Horacio is a strong advocate for the Brazilian city of Campinas, where Ledface is based. Located around 90 km away from Sao Paulo and far from any beach, Campinas isn’t the most glamorous destination in Brazil, but it’s probably one of the most interesting tech hubs in the country. Besides renowned universities, this city of 1 million inhabitants is also home to several research centers and business incubators. Thanks to this dynamic ecosystem, startups have started to blossom in the region, mostly over the last couple of years. Ledface is one of them, among many others. Horacio’s personal bets? Fonista and Wabbers. But for now, all his attention is focused on making Ledface a global success.

Have you tested Ledface? Let us know your comments!

Read next: 5 types of people who will miss Old Twitter