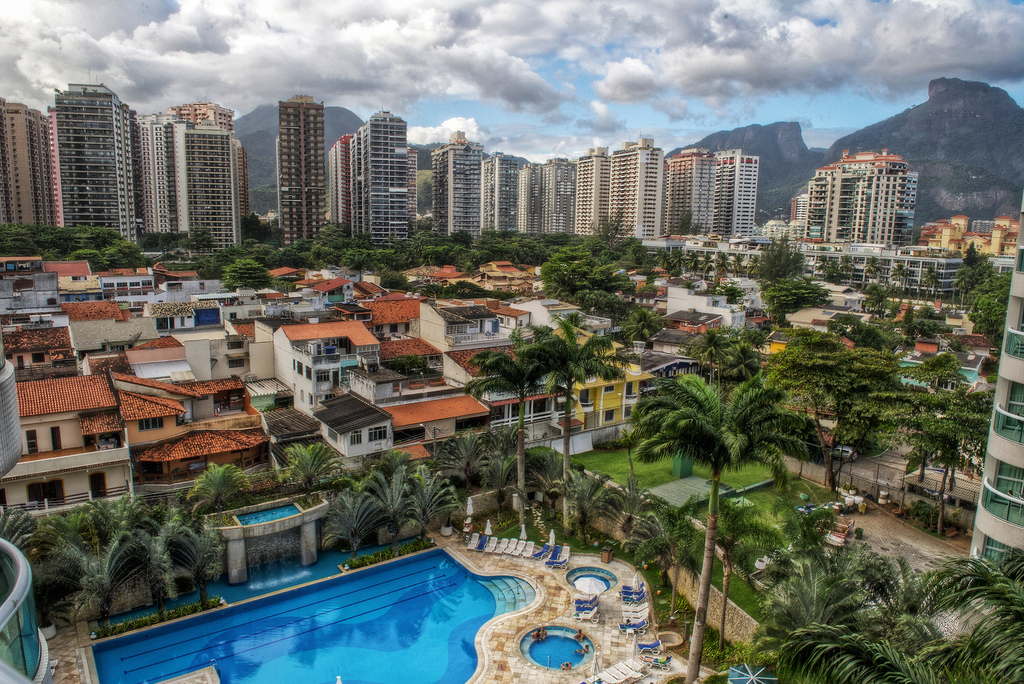 Rio de Janeiro just played host to the second edition of Dell Women’s Entrepreneurs Network (DWEN), from June 5th to June 7th. Having spent three inspiring days with these world-class female participants and speakers, we thought it was time to turn the spotlight on the feminine side of the Latin American startup scene and give it the attention it well deserves.

From founders launching their first venture to facilitators and investors, here are 10 women you should watch. Bedy Yang, a Brazilian born from Chinese parents and based in San Francisco, is building bridges between her country and Silicon Valley. One year ago, she founded Brazil Innovators, an organization that hopes to accelerate entrepreneurship in Brazil. It organizes a monthly networking event, BR New Tech, that recently passed the mark of 1,000 members on Meetup. It also organizes yearly TechMissions, taking Brazilian entrepreneurs to Silicon Valley, and welcomed the GeeksOnaPlane during their trip to Brazil, which it coordinated (see our previous story here).

Bedy is connected to Dave McClure and 500 Startups. According to the accelerator’s website, she is now the team’s “International hunter-gatherer”. She is also the co-organizer of Startup Weekend Rio, which will take place from June 24th to 26th. Vanesa Kolodziej, from Argentina, has done it all. Mom to a one-year old baby, she started a number of tech companies in the last decade, for example e-commerce site Comunia. She also worked in venture capital, and is the co-founder of Palermo Valley (already mentioned in our previous story). Loving to connect with other people, she is extremely proud of this network, which has a crucial role for the Argentine startup scene. Many deals have been closed at the events it organizes, and the model has been replicated in several other Latin American countries.

She is now about to embark on her next adventure: she will launch a $3m accelerator fund between September and December. Based in Buenos Aires, it will invest from $50k to $250k in seed money from local investors in tech companies. Interestingly, it will be a co-investment fund: Vanesa will be happy to invite other Latin American and Spanish investors to the table – something that is not common in the region. Valeria Pasmanter is the founder of Spare Rooms Buenos Aires, a three-year-old company that serves as an intermediary between landlords and foreigners looking for a room to rent for more than a month. Before launching her own company, she had worked at hiring portal Bumeran.com and was also familiar with the world of student exchange thanks to her experience at global youth organization AIESEC.

The idea of her company germinated when she heard from international students that they were having a hard time finding a place to stay in her city. When she learned that she was going to be made redundant, she decided to take a chance and launch her venture. At first, it was difficult to convince landlords to rent their rooms due to security concerns, but she emphasized they could benefit from the exchange with someone from another country, and now manages around 300 rooms. Her business model, developed with the help of a tutor from BiD Network, is still based on the flat fee and monthly commission she charges the foreigners. Valeria plans to launch operations in other Argentine cities soon.

Maria Carolina Cintra, from Brazil, is the founder and Innovation Director of Kingo Labs, specializing in building products for social networks; these can be customized for specific companies. When Kingo Labs was created, its most famous product was the Brazilian link shortener Migre.me, but it belonged to one of the co-founders, who took the product with him when he left the startup last year.

Kingo Labs now focuses on collaborative tools for social networks such as Sorteie.me, which helps organizing competitions through Twitter, and develops custom apps for clients such as Tam Airlines and Santander Bank. Interestingly, most of these apps are made for Facebook: interest in Google’s social network Orkut has fallen dramatically since 2009, according to Maria Carolina. Kingo Labs has international plans: it is negotiating with Uruguay’s Free Trade Zone and with a company interested in reselling the companies’ products in the US.

Maria Carolina is convinced that Kingo Labs should focus on being a product company rather than a service one. She had always wanted to have her own company and has been working with Internet for years, but she knows there are few Brazilian female tech entrepreneurs and hopes to change it. With a group of girlfriends including Silvia Valadares, she created the association LIS  – standing for “Subversive Ideas Lab” – aimed at supporting women entrepreneurs through mentoring, and inspiring girls to launch their own companies. Although it won’t solely focus on tech, it will be one of its strengths due to the organizers’ profiles. Francisca Varela is the founder of Comunicatext, winner of Movistar Innova’s first competition in 2009. Francisca always wanted to have her company and left university during the last year before graduation to launch Comunicatext. What the company does is that it provides free, ad-supported SMS to its users. Interested in ad targeting, brands pay her company for this space – half of the text message. Comunicatext then makes a margin between what it charges advertisers and the bulk price it owes to telcos for the messages; Movistar became one of its partners once she won the competition. Francisca is now looking for investors to expand her staff of 5. She plans to internationalize her company, particularly in Latin America, but will keep on focusing on emerging markets – her business model is focused on pre-paid phones.

She is aware the market is changing fast – her company is working on a Facebook app – but thinks people will keep on using SMS, which are more immediate and reliable than emails (during the earthquake in Chile, text messages were working despite the communications blackout). Francisca is also a “godmother” for Start-Up Chile; since the program welcomes foreign startup founders, they need help getting settled in Santiago. By coincidence, the entrepreneur Francisca has been helping with logistics is a woman, Carolina Andrade, originally from Ecuador but who has lived in the US for a dozen years.

RealRef was born from its founder’s experience: Mariela Sporn was offered a job at two different companies, but didn’t know how to choose between them and couldn’t find reliable info on their work environment. She realized many candidates, especially from her age – ‘Generation Y’ – were looking for similar advice and not finding it online. This gave her the idea for RealRef, a social platform where former employees share stories about their work experience at a specific company.

Its bold business model relies on the companies’ willingness to attract the best candidates and get feedback: they can pay RealRef to have their own branded page on the platform, including promotional videos emphasizing their strengths. Mariela thinks her company can grow in Latin America and is open to investors, but is not actively fundraising at the moment. Mariela had already learnt about entrepreneurship at San Andrés University, and will soon get extra help from a mentor: she was chosen to take part in a training program organized by Vital Voices for and by women entrepreneurs.

Julie McPherson is the co-founder and Director of New Business of Tiaxa, a company supported by Endeavor. An American, she met her Chilean husband while working at an investment bank in Chile in 1996. She then returned to the US and co-founded Tiaxa in 2000 with 5 associates. At the time, the company was based in Miami and focusing on services such as WAP portals and ringtones. It changed quite a lot since then: commercially headquartered in Santiago de Chile since 2002, it provides all kinds of data solutions to telcos, from billing infrastructure.

This shift reflects the growing importance of data in the operators’ revenues; its clients include Nextel, Vivo and America Movil. Tiaxa is mostly focusing on Latin America, where its main offices are currently located. It’s the area of expertise of its founders and an interesting one: text messaging took off earlier there than in the US. Julie is also based in Latin America; she came back to Santiago to open the local office. According to Julie, Tiaxa has been growing very fast lately and is one of Chile’s main tech exporters. Julie also supports other women entrepreneurs, thanks to the Impakta program initiated in Chile by women from the Endeavor network. Through tailored advice such as business mapping, it helps these female entrepreneurs to take their businesses to the next level. Silvia Valadares is coordinating Microsoft’s global entrepreneurship and innovation programs in Brazil, BizSpark and Innovation Center (see our previous post). She started her career in Journalism, first as the Assistant Editor of Diario de Pernambuco’s tech supplement, before working in Marketing and Communications at Recife’s tech cluster Porto Digital (see our previous story). In 2008, after working at Nokia, she moved to Sao Paulo to join Microsoft and head BizSpark in Brazil. She thinks the country is at a good point right now; it counts the largest number of Microsoft Innovation Centers in the world. As for BizSpark, which is part of Microsoft’s corporate responsibility program, it supports over 1,000 Brazilian startups such as KingoLabs and events such as BR New Tech (both mentioned above) with training, mentoring and networking. In partnership with Maria Carolina Cintra and friends, Silvia will be one of the organizers of LIS conferences to promote female entrepreneurship.

Martha Debayle, a radio and TV anchor born in Nicaragua, raised in New York City and based Mexico, is the founder of media brand BBMundo (which translates as “Baby World”). Launched in 2000, it includes a web portal, a magazine, a radio program and a discount card. It targets future and current parents, particularly mothers. Its motto is “Because you can always be a better mom”. Since its selection by Endeavor in 2002, its revenues have grown as much as 1,000% thanks to partnerships with brands such as Johnson’s Baby and Nestlé SMA, according to the network’s website.

Martha Debayle is a celebrity in Mexico: to give you an idea, her recent wedding made it to the front page of popular magazine Quién. Last year, she was listed as one of the “10 most influential women in Mexico” by web portal De10, which belongs to Mexican newspaper El Universal. Gabriela Cezar started her career as a scientist, more precisely as a stem cell researcher, but slightly changed paths: she is now Director of the $200m fund that American life sciences merchant bank Burrill & Company launched in Brazil.

Although the fund focuses on life science companies, Gabriela might soon be involved in web and IT-related ventures. Top angel investor Lauren Flanagan, from Belle Capital and Phenomenelle Angels, announced at DWEN that she is planning to launch her fund in Brazil, possibly in partnership with Gabriela. Belle Capital Brazil, as its American counterpart, would be focusing on startups that have a “female founder, owner and/or commit to recruiting top female talent to C-Suite and Boards”.

Now tell us: do you know other female entrepreneurs promoting interesting initiatives?