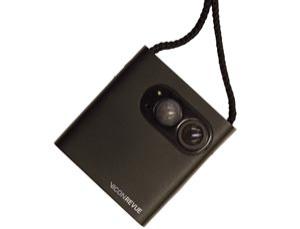 A few days ago, Brazilian online video platform Samba Tech received the Rising Star Award at Chinese tech conference CHINICT. So how did this Latin American startup get there in a few years? Gustavo Caetano, Samba Tech’s founder and CEO, just returned from Beijing and shared with us the company’s story and projects.

From Samba Mobile to Samba Tech

Samba Tech was born from Gustavo Caetano’s first startup, Samba Mobile. In 2003, he was still a student in Rio de Janeiro when he bought a new cell phone with a color display. He wanted to download games to play with his new device, but none were available. He realized this could be a great market opportunity: demand was unfulfilled in Brazil, while several companies provided a similar service in Europe. He decided to approach some of them, and a British games aggregator took interest in his business plan: after all, Brazil was a huge country, there were no competitors and the mobile market was starting to boom. Gustavo now needed capital to create his company, and found a private business angel.

Since this initial investment was fairly limited, he decided to base his venture in Belo Horizonte, in his state of origin, Minas Gerais. What attracted him was mostly the cost of living: it was lower than in Sao Paulo or Rio de Janeiro, but “BH” was still a big city with a recognized Computer Science program (at regional university UFMG). This is how cell phone games’ reseller Samba Mobile was born at the end of 2004.

Samba Mobile performed very well: in less than one year, it was in business with Brazil’s main operators and had opened offices in Chile and Buenos Aires. But its business model was also highly vulnerable: as a reseller, it didn’t own any technology and could be wiped out very easily by a new entrant. In 2006, Gustavo thought this was too risky, and started to invest part of the benefits in the development of a proprietary technology: an online video platform to manage and distribute online videos.

His reasoning was similar Samba Mobile’s: online video management was unexplored territory in Brazil, while players such as Brightcove were exploiting this market in other countries. Samba continued developing its platform as a pet project until big local media group Bandeirantes took interest in it. This first closed deal changed everything: the project was now validated, and Samba would need capital to scale it.

It completed this step successfully: in 2008, Samba Tech raised R$5m (around US$3m) from Brazilian fund FIR Capital, now part of DFJ’s network. Around the same time, Gustavo went to MIT to study, and found out about the Global Entrepreneurship Lab (G-Lab). Thanks to this internship program, Samba Tech welcomed MIT MBA students every year since 2008, many of them highly experienced – a very useful exchange for the company. Thanks to the capital it raised, Samba Tech was also able to hire talent from large companies like Motorola.

Samba Tech is now an online video platform for the 3 screens: computer, TV (via IPTV) and mobile. It easily overtook the existing competitors and is now by far the market leader in Brazil, working with 8 out of the 10 main media groups – for example Grupo Abril, who controls TV station MTV. Other clients are Viacom, Bloomberg and ESPN.

During the same period, Belo Horizonte’s tech scene improved a lot: Google had bought the local startup Akwan, which became its Latin American Center for Research and Development, many startups were born and Samba Tech became a reference. It is bringing the Silicon Valley work culture to Brazil: the 60 staff members work in a open space in a relaxed environment. Samba Tech also organizes events such as a Hack Day with other local startups like DeskMetrics, one of the 10 Latin American Startups You Should Watch Out For we recently selected. Samba Tech also supports several of its former employees who left to create their own ventures.

As for the future, the company is now raising its second round of funding, estimated at R$10m (around US$6.3m) – equal to its current annual turnover. The main purpose of this investment is to support its international expansion: Samba Tech wants to enter the Latin American market during the second semester of 2011. To reach it, it plans to open an office in Miami, where pan-Latin broadcasters such as HBO Latin America are based. Despite these US-based plans, the US themselves aren’t a target and nor is Europe: Samba Tech sees these markets as highly competitive and prefers to focus on emerging markets such as Latin America, but also China.

Brazil and China: a comparison This interest in China is the reason why Samba Tech signed up for tech conference CHINICT, where Gustavo Caetano was a speaker and received the Rising Star Award’s trophy in person; other awarded companies included Youku, LinkedIn and Groupon. It wasn’t the first award Samba Tech received: in 2010, it was one of the Red Herring 100 North America Winners.

Attending CHINICT was a great opportunity for Samba Tech to observe the Chinese market and meet the main local players such as Baidu and PPLive. Despite the fact that the dominant players aren’t the same, Gustavo found out that the Brazilian and Chinese markets have a lot in common, especially with regard to their difficulties. For example, bureaucracy makes it harder to run a business in both countries. Another shared difficulty, especially for a foreign player, is that understanding the language isn’t enough: one has to understand the culture too, and adapt its business model accordingly. Finally, both the Chinese and the Brazilian cultures are risk-averse: most families would still prefer their children to become civil servants or employees at large companies than entrepreneurs.

However, a big difference between China and Brazil is venture capital: many foreign funds have local staff and offices in China, which is still rare in Latin America. It means that their local funds are able to manage smaller and earlier investments: while foreign-based funds look for $25m investments in Brazil, in China they can start from $5m. This resulted in a more mature Chinese scene, with serial entrepreneurs who have already sold one or two startups.

That said, Gustavo is confident that this change will also happen in Brazil: the country is attracting more and more attention from foreign VCs, and Internet’s growing penetration creates huge market opportunities. He hopes that the government will now provide the right incentives to attract risk capital to the country.

What do you think: can Latin America attract as many investors as China? How?