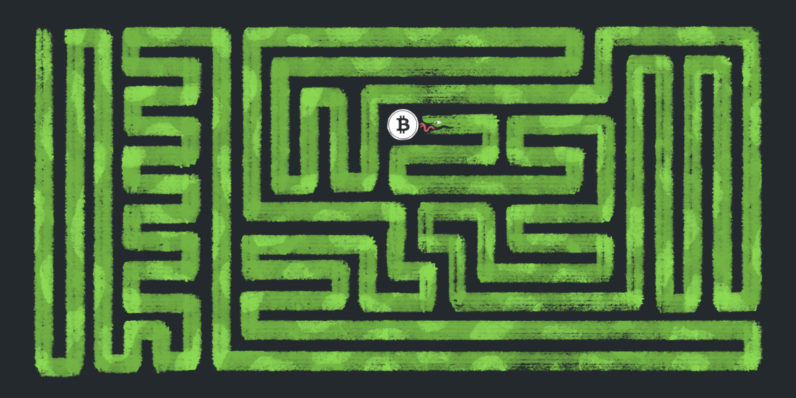 Based on data available on a curated calendar of token sales, at least 39 Initial Coin Offerings (ICOs) were launched in September.

In addition, at least another 33 crypto startups are set to launch their ICOs in October. CO is an event in which a cryptocurrency, blockchain firm or a startup sells tokens that represent ownership of its core blockchain, in an effort to raise money to develop the product or scale an existing product.

Unfortunately, many scam artists have jumped on the cryptocurrency train to unleash all kinds of scam cryptocurrencies on unsuspecting investors who think they are buying the next Bitcoin at a discount. This piece seeks to provide a comprehensive guide on how to spot and avoid “shitcoins” in the cryptocurrency industry.

The simple idea is that an ICO helps you to own some part of the next Bitcoin at very cheap prices – you can expect the value of the token (and the coins you bought in the ICO) to rise as the demand for the coin starts to increase in the mainstream market.

Bitcoin currently trades around $4,534 per BTC and joining Bitcoin ecosystem is somewhat too pricey for new investors, unless they have very deep pockets. If you missed the early Bitcoin rush but were smart enough to buy Ethereum during its ICO at $0.311 per ether, you would have had 96,479% returns on your investments now as Ethereum trades up around $300.77.

The massive ROI (Return of Investment) that investors can expect in the success of new cryptocurrencies is causing investors to be on the lookout for ICO that promises to be the next big thing in the blockchain ecosystem. Unfortunately, some unscrupulous folks are taking advantage of investors’ love for ICOs to perpetrate ICO scams by selling crappy cryptocurrencies.

In April, law enforcement officials stormed a place in Mumbai to halt a cryptocurrency racket being perpetrated under the name OneCoin. The law enforcement officials arrested 18 promoters of OneCoin and seized more than $2million in investor funds. News later broke that the promoters of OneCoin had previously moved about $350 million offshore through a payment processor in Germany before the raid on their operations. To drive home the point, the scam artists behind OneCoin have successfully fleeced unsuspecting cryptocurrency investors of at least $352 million before they were busted.

In May, the cryptocurrency market was agog with news of BitConnect (BCC). BitConnect did only fleece investors through an ICO; it also got them to recruit their friends and family for further fleecing in a ponzi scheme. Offering return of up to 480%+ in cash (not crypto) per year, and even a guaranteed profit of up to 91.25% a year with “zero risk,” many investors didn’t think twice before coughing up money to buy the lie. BitConnect reportedly has a market cap of $95,719,935 all on a promise to reward you for sending your Bitcoin to them.

So how do you make sure you’re not buying shitcoins?  Below, we’ll discuss eight different red flags.

Many cryptocurrency scam artists tend to hide under the fact that nobody really knows the person behind Bitcoin to crave anonymity when they launch new Altcoin or cryptocurrencies. However, these days, cryptocurrencies are no longer the pariah of the financial industry and creators of new coins should be bold enough to stand behind their work. If you can’t find any meaningful information on the creators or core team members, you should think twice before you buy. When you do find the names of creators and team members, you need to take some time to do some due diligence in checking out their pedigree and be sure that they are consistent in their claims.

Promises of guaranteed gain on your investment

All forms of investments carry a latent degree of risk – some investments might be riskier than others. When you do invest in a new cryptocurrency, you do so with an understanding that you may lose part or all of your money – and that’s why seasoned investors conduct due diligence to measure risk in relation to reward before they invest. However, if a cryptocurrency offers you a guaranteed amount/percent ROI on your investment, it is most likely a scam because it’s eliminating the risk factor in investments.

An ICO might not be an outright scam but its underlying token might be mostly worthless and not worth the paper on which its value is printed. Before you invest your funds in any ICO, you need to take a moment of introspection to reexamine why you are investing in the said cryptocurrency. Are you buying into the ICO because it has strong business fundamentals or because the sales pitch make you feel good? You should also avoid buying into an ICO because the marketing pitch is always in your face through ads, emails, social media, or an unrelenting friend.

Vague function/roles/features of the coin

When Bitcoin launched, it was created to solve the specific problems of inflation, government manipulation, and an erosion of value inherent in fiat currencies. Ethereum was created to provide a blockchain-based solution for enforcing smart contracts. Monero was designed to provide the relative transactional privacy that Bitcoin lacked, and Litecoin was the silver equivalent to gold’s Bitcoin. Every new cryptocurrency that has shown decent odds of success inherently has a unique function, role, or feature backing its fundamental value. Hence, you should be wary of any cryptocurrency that doesn’t have a clear-cut outlay of its usefulness.

Teams working on cryptocurrencies typically have a GitHub presence for their project, at the very least; their programmer will have a GitHub presence. GitHub is home to more than 20 million developers who work together to review code and manage projects. Any cryptocurrency that can’t show meaningful Github activity is most likely working on copied code (sometimes stolen code) and you’ll most likely be investing in their shiny website and emotive sales copy. There may be the occasional lone ranger who works independently without consulting or showing off their work to other developers on Github, but for the most part, Github activity is a decent measure of legitimacy.

Scam artists tend to write excellent sales copy intended to sell snow to Eskimos. Hence, you might find it somewhat hard to spot a scam cryptocurrency when the creators have created the perfect profile/website/whitepaper and they are throwing about the right words and terms. However, a review of comments about the cryptocurrency/founders/team on Reddit or YouTube can provide you with objective third-party insight the legitimacy of such cryptocurrencies. Granted, there’s usually a lot of trolling activity on these sites, but you can be sure that anyone making scam claims about any cryptocurrency is required to provide irrefutable proof.

Amount to be raised in the ICO

The amount of money that a cryptocurrency startup wants to raise in its ICO can also provide valuable insight into its credibility. Cryptocurrency startups usually sell tokens in an ICO in order to raise money to build their product, add new features, or scale their service to control a larger market share. It is somewhat hard to pick a ballpark number of how much money a company should raise in an ICO to pass the credibility test. However, scam artists won’t mind vanishing into thin air with a few hundred thousand dollars worth of Bitcoin. Hence, you should be extra cautious around companies that want to raise thousands or single digit millions in an ICO.

Be extra-cautious around instamine and premined coins

The distribution process for getting a cryptocurrency into the hand of stakeholders and into the general market can also provide you with insight for identifying shitcoins.

Now that you’ve gotten actionable information on how to spot and avoid crappy cryptocurrencies, it’s time to start investing in the right cryptocurrencies. eToro has created a new CryptoFund to provide traders and investors with diversified and balanced portfolio, focusing on cryptocurrencies with a market cap of at least $1 billion. 2017 has been a defining year for cryptocurrencies, here’s how to get on the frontline to profits.

This post is brought to you by eToro. All trading involves risk. Only risk capital you are prepared to lose. This content is intended for educational purposes only, and shouldn’t be considered investment advice.