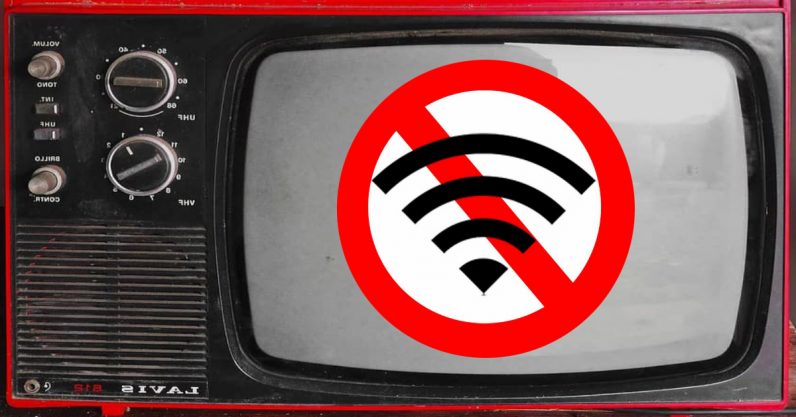 Like clockwork, each morning at 7AM the entire town of Aberhosan in Wales would lose its broadband connection. The mystery plagued the village for 18 months — and nobody knew why. Until now. The culprit? An old television set.

After numerous cable replacements failed to fix the the issue, an investigation by Openreach technicians discovered that an unnamed Aberhosan resident was unaware their TV would emit a signal that would interfere with the entire village’s broadband infrastructure, BBC reports.

Baffled by the continuous lapses in connectivity, the technicians used a monitoring device to identify the source of the interference. The device led them to the resident in question, who felt embarrassed for unknowingly causing trouble and immediately promised to never use the set again.

So why 7AM, you might be wondering. Well, that’s when the anonymous householder would switch their TV on each morning, inadvertently affecting the village’s broadband.

Unfortunately for other residents, it took 18 months and a special monitor — also known known as a spectrum analyzer — to pinpoint the “electrical noise” causing the issue. On the bright side, though, Openreach technicians note the issue hasn’t returned since then.

“Our device picked up a large burst of electrical interference in the village,” Openreach engineer Michael Jones told BBC. “It turned out that at 7AM every morning the occupant would switch on their old TV which would, in-turn, knock out broadband for the entire village.”

Read next: Become a better public speaker by tapping into your ‘personas’