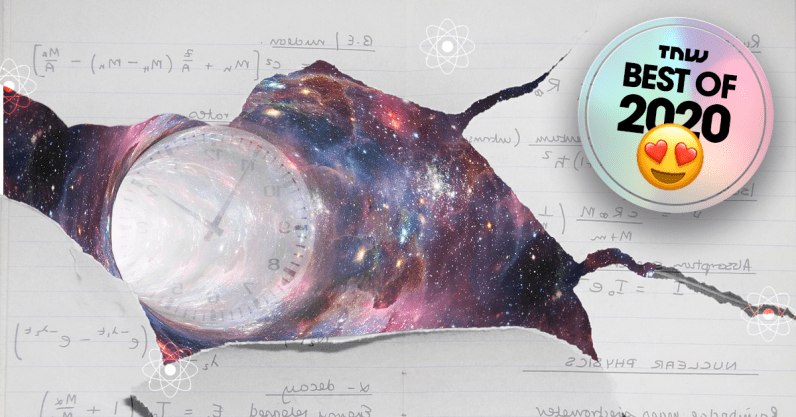 A physicist named Nicolas Gisin from the University of Geneva recently published a series of papers that could change our entire view on the concept of “time.”

That may sound like the math version of “holistic medicine” but Brouwer’s theory has persisted for more than a century and Gisin’s ideas may just propel it back into the spotlight. The theory itself is complex, but it’s biggest drawing point is that it removes the mathematical need for something called the “excluded middle.”

Einstein‘s theory of relativity is held together by deterministic math, which requires the excluded middle as a concept.

According to the theory of relativity, everything that’s ever happened, is happening, or will ever happen was set into motion at the moment of the universe’s existence – hence deterministic.

Intuitionistic math says the opposite: math can’t tell us what’s going to happen next because, much like a qubit in the quantum universe remains in multiple states at once until it’s observed, the next number in a mathematical sequence cannot be accurately predicted except in hindsight, or with a God’s eye view.

In Gisin’s paper “Mathematical languages shape our understanding of time in physics,” he argues that debates between Brouwer and intuistionistic math supporters and Einstein and determinism supporters should be revisited. According to Gisin:

Einstein himself felt uncomfortable with his beloved physics lacking the concept of ‘now’ — although admittedly, he didn’t see any way to incorporate it. He thus concluded that one has to live with this state of affairs.

Those in Einstein‘s camp got around the lack of an explanation for ‘now’ in physics by adding infinities to their math. If you, for example, assume a sequence goes on infinitely, you can bend space-time theories to demonstrate a singular, infinite continuum that exists like a giant vinyl record where we, the observers, are the needle.

In this scenario, ‘now’ only exists because we’re here to watch it – all time is relative.  Theoretically, if we built a time machine, we could travel to a ‘now’ that already happened or has yet to occur. That’s the best-case scenario for physical, Back To The Future-style, time travel.

But, if Gisin and his 20th century inspirations are correct, this would be impossible. As Gisin writes:

One interpretation of this statement is that there’s simply no way an infinite universe could blink into existence physically intertwined with time. If, as intuitionistic math tells us, time unfolds one step at a time, ‘now’ is a moving target. Any attempt to travel through time would fail because, scientifically, we’re already traveling through time: from one unique, unfolding moment to the next.

The past, by this interpretation, no longer exists because time has no physical connection to reality. And the future can’t exist, because it requires everything that’s going to happen between now and then to happen in order for it to unfold. There is only now.

This might come across as a bummer to those of us hoping to get our Doctor Who on. But, maybe it’s a good thing. Quantum mechanics has some wacky principals that we could one day exploit for other cool things like relative time-travel (bending space around us so that we can travel long distances without aging). But we’re going to need to bridge the gap between quantum physics and classical physics first.

Gisin thinks intuitionistic math might get us there. According to him, it better reflects reality than the more popular alternatives. He writes:

Physics can be as successful if built on intuitionistic mathematics, even if this breaks its marriage to determinism. Contrary to usual expectations, I bet that the next physical theory will not be even more abstract than quantum field theory, but might well be closer to human experience.

Read next: I won’t buy Sony’s A7R IV (even though it made me a better photographer)