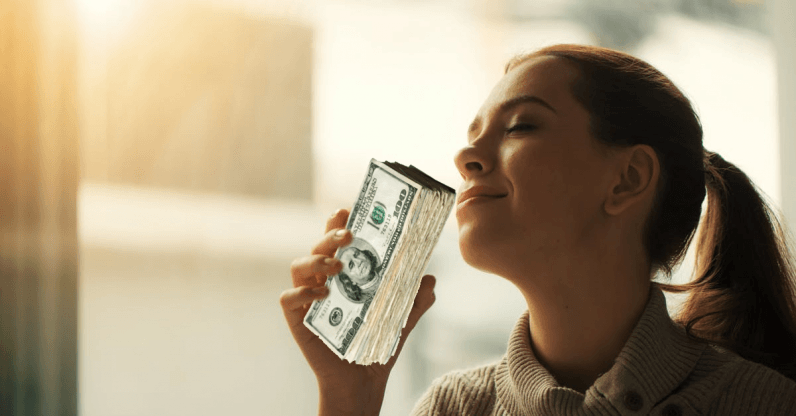 For all the flack the elder generation’s taken as of late, it turns out that millennials and Gen Z-ers are more likely to sell their data for a few bucks than boomers are.

This is according to research published by TheBestVPN, a virtual private network service provider. In a recent study titled “Putting a Price on Privacy” researchers surveyed 1,002 people to determine their views on personal data and privacy.

Respondents were asked if they’d ever considered selling their data, how much they thought certain types of data were worth, and whether they took any steps to protect their privacy or data.

On the plus side, nearly 94 percent of all respondents said they did take steps to protect their data. But, on the negative side: more than half of those people just meant they used passwords and changed them from time to time. Only 48 percent used two-factor authentication and only 18 percent used encrypted messaging services.

It gets worse. Of those surveyed, few give a crap about protecting their personally identifiable data. Check out this chart about what data people care about (and are thus more likely to protect):

We might think it’s okay to share our photos, location, and employent data with the world because social media networks have made the globe our neighborhoods – and why not share the public facing parts of your life with the public? But when you play fast and loose with your medical data, government records, and web-browsing data you’re providing bad actors (and the good ones with bad terms of service) with everything they need to collect your entire data profile with disregard for your consent.

Around one-quarter of those surveyed – 250 people, give or take – would sell their driver’s license or fingerprints? Incredible. I know we’re out here selling plasma and sperm just to pay our cell phone bills up long enough to post the next GoFundMe request to cover our insulin costs, but people: don’t sell your identities.

However, let’s not lose sight of the big picture here. We’re not just talking about identity theft, it’s also a matter of everyday vigilance. As the survey’s authors write:

Many hesitate at the idea of “selling” their data, but we give our data away every day. Besides shopping programs, we use our email addresses to sign into apps and software all the time. Over 40% of respondents refused to sell their email addresses, but many don’t bat an eye when websites ask someone to create an account by signing in with their email.

Other insights gleaned from the survey were that, among those who’d consider selling data, people believed the going rate for a social security number should be about $10,000 US. That sounds about right, but it’s actually $9,998 too high.

There aren’t any black market sales reps standing by to talk you through selling your identity. Someone’s just going to swipe it from a list of hacked documents and sell it along with 50,000 others at a premium discount to a company who uses them in bulk.

And that’s why the fact that the report says among those surveyed, people in their 20s were most likely to sell their data, is terrifying. The most tech-savvy generation may also be the least secure one — this doesn’t bode well. Let’s all do better starting now.

For more information check out the full report here on TheBestVPN’s site.

Read next: We should be getting paid to use Facebook and Google

Read next: YouTube completely gives up trying for Rewind 2019