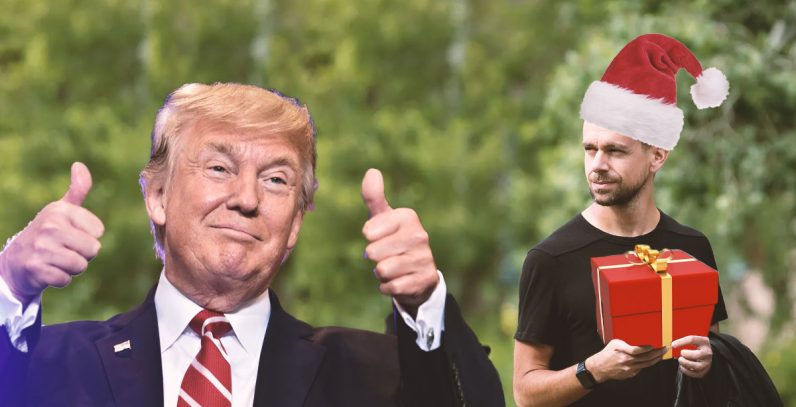 The climate crisis is a heavily partisan issue in US politics. Thought it’s not a hard-and-fast rule, most Democrats believe the fossil fuel industry needs to be heavily-checked and nearly all Republicans accept money from oil companies. There are Democrats who take money from big oil and Republican climate-activists, but those are exceptions.

Whether you agree with the overwhelming majority of scientists (excluding those whose studies were commissioned directly or indirectly by the fossil fuel industry) or you believe the politicians and businesspersons who disagree with them, it stands to reason that a social media company claiming to be impartial to politics should abstain from choosing a side.

We considered stopping only candidate ads, but issue ads present a way to circumvent. Additionally, it isn’t fair for everyone but candidates to buy ads for issues they want to push. So we're stopping these too.

a HEATED investigation identified more than a dozen tweets from ExxonMobil related to climate change that are not currently labelled by Twitter as political “issue” ads. Under the new policy, these ads will be permitted to run after November 22, while environmental groups’ climate-related ads will be banned.

The casual observer may see this as a simple case of Exxon advertising its business, while activists are pushing an agenda – but that’s the problem. Without pushback, tweets like the following make it seem like Exxon is on our side, it’s making strides and working to fight dangerous carbon dioxide:

We’ve signed a two-year agreement with @FuelCell_Energy to research how to bring carbon capture to scale. By more efficiently catching carbon, this innovative technology could lead to meaningful reductions around the globe. Learn more: https://t.co/CLpIGXGaDh pic.twitter.com/MsK7MOT2b1

The truth, however, is that President Donald Trump, the GOP, and the fossil fuel industry are engaged in a knock-down-drag-out fight for the future of big oil. Democrats want to see the fossil fuel industry dismantled and leading presidential candidates such as Elizabeth Warren and Bernie Sanders have already signaled they’d hold big oil accountable for lying to the public about its environmental impact.

Trump‘s done his part, he’s repealed every Obama-era climate protection he could. He’s made the US the only developed nation to withdraw from the Paris Climate Accord, and continues to fight on behalf of the fossil fuel industry on a daily basis.

Now Twitter CEO Jack Dorsey‘s done his. In a move that Democrats celebrated before seeing the fine print, Dorsey’s given Trump his biggest political victory since 2016: an unopposed platform for the fossil fuel industry to spend as much money as it wants to convincing us all that it’s on our side and the climate shift activists are the real villains.

Twitter bans political ads in yet another attempt by the left to silence Trump and conservatives. Wouldn’t be surprised if @twitter lifted the ban after 2020.

For its part, Trump‘s campaign is playing it straight. Campaign head Brad Parscale painted the move as “dumb” and claimed Twitter would lose money. The Trump administration is positioning the ban as a ploy by Twitter to silence Conservative views — despite the fact that the evidence clearly supports the opposite.

But, considering Trump doesn’t need to purchase ad space on Twitter to maximize the reach of his message, this appears to be a toothless objection.

Realistically the ad ban is a dream come true for the fossil fuel industry. But it’s still just the second biggest gift Dorsey and Twitter have given Trump. The first was enshrining political speech as above the law when it comes to Twitter‘s terms of service.

Dorsey‘s taken great pains to ensure that Trump and the fossil fuel industry will always have a platform to peddle misinformation, and the political ad ‘ban‘ ensures the conversation is one-sided.

Read next: Why the quickest path to human-level AI may be letting it evolve on its own