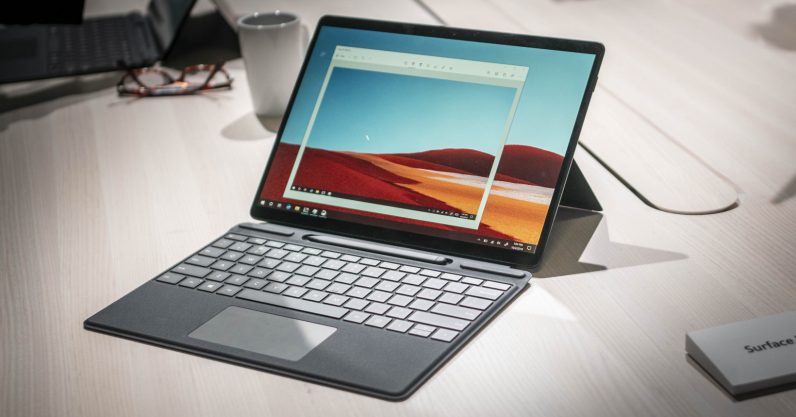 Microsoft has been pushing ARM compatibility in Windows hard the last few years. Case in point: The Surface Pro X – the company’s fanciest new product of the year – runs on a custom ARM chip. But the architecture so common in our mobile devices has always been beleaguered by one issue on Windows: it can’t run traditional 64-bit  apps.

A new report by Neowin suggests Microsoft plans to change this. Citing “several sources,” the report claims Microsoft is working hard to bring x64 app emulation to Windows on ARM. It would be some time until that becomes a reality though. The feature could show up on Windows 10 21H1, suggesting an arrival in early 2021, although Windows insiders would, of course, get to it first.

This is particularly notable because we just assumed 64-bit apps on ARM just weren’t worth the trouble. They’d be harder to emulate and thus run slower than their 32-bit counterparts. And to be clear, ARM chips can already run 64-bit apps that were designed with ARM in mind. Unfortunately, those are few and far between.

It’s likely Microsoft thinks that by the time 2021 rolls around, ARM chips will be powerful enough to make 64-bit emulation worth it. Let’s hope that’s actually true – or better yet, that developers create their apps to perform well on ARM from the get-go.

Read next: Facebook fixed that bug that opened your camera without permission