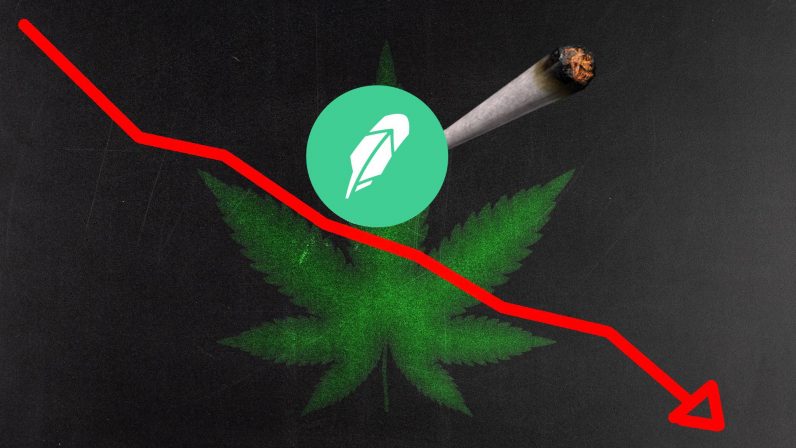 Can Robinhood users actually call themselves Robinhood’s, or is it just another tool for the rich to rob the average Joe? In this series we’re diving deep into Robinhood’s public data, to uncover insights on its users’ activity. Welcome to part 1, where we give a general intro into the series, and touch the surface of the data.

The Robinhood app has experienced a meteoric rise since 2013. Thanks to its revolutionary zero-fee trading model and easy-to-use interface, it’s accumulated over 4 million US users, and forced the whole brokerage industry to rethink its business model. Notably, US bank Charles Schwab recently announced it would eliminate commissions for online trading as well, making the company’s arm mostly reliant on interest gained from customers’ uninvested money.

Making trading accessible to and alluring for the masses — including those with smaller pockets — and for the digital-native generation, sounds like a noble cause. The question however is, as always with trading and investing, how sensible are the actual trading and investment decisions being made?

In Robinhood’s case, that question is even more pertinent and perhaps should even be rephrased to ‘Can Robinhood users make good trading decisions?’, as about half of the platform’s revenue comes from the selling of users’ order details to other financial institutions like high frequency trading firms. Do I smell a conflict of interest here?

We route orders to market makers so they can execute customers’ orders, and the market makers we route to typically offer better prices than public exchanges. We don’t take rebates into consideration when we choose which market maker will execute orders. Rather, we automatically send orders to the market makers that we believe will provide best execution based on their historical performance.” – Robinhood spokesperson

To figure this out, luckily, there’s loads of data, updated daily, about Robinhood users’ activity, specifically how many Robinhood users hold a particular stock over time. While the public data doesn’t contain total share buying volumes, it still provides us with a wealth of information, moreover when combined with other publicly available data about these publicly listed companies.

So, let’s dive into some of the insights we could extract from this. Also, be sure to check our special Robinhood page for all articles in this series.

The first thing we’re going to look at is the so called Robinhood Leaderboard, the publicly listed companies with the highest number of Robinhood users as shareholders, and compare that with the popularity of stocks in general.

Stay tuned for part 2 of our Robinhood series, where we’ll combine Robinhood’s data with other public sources to dive deeper into the level of risk RH users are taking, specifically how well (or badly) diversified their portfolios apparently are.

Update: Robinhood gives new users a free stock for either signing up or referring a new customer. As Robinhood doesn’t allow for acquiring fractional shares, these are usually companies with a relatively low stock price. The top 10 therefore is skewed towards these companies, instead of the top 10 companies by market cap in general, that usually have higher stock prices.

Read next: Google updates Teachable Machine so you can train an AI without code