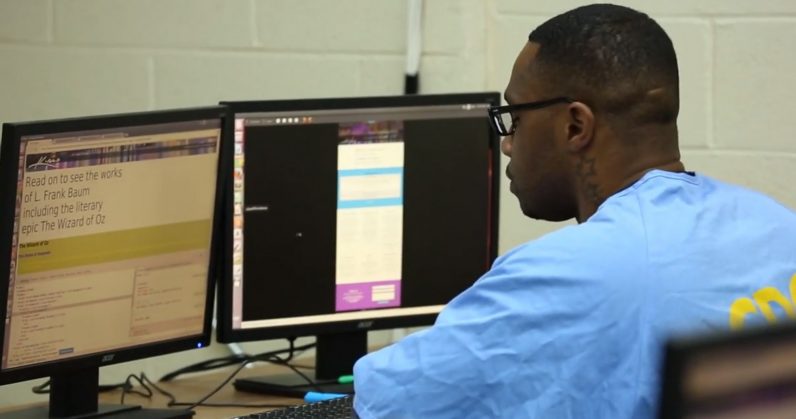 According to records obtained by Salem Reporter, the banned titles — “Windows 10 for Dummies,” “Python Programming For Beginners,” “Blockchain Revolution,” and others — are part of the 1,600 books not allowed in Oregon prisons.

Books like “Electronics Demystified,” “Java For Dummies,” and “Upgrading & Fixing PCs For Dummies” have been classified under “Material that Threatens,” while “Windows 10 For Dummies” has been marked as “Information would create clear and present danger.”

It’s not surprising that books related to hacking have been banned by the DoC as they possibly fear prisoners could use these tools to compromise their systems. But preventing inmates from learning basic computer skills like Excel and Windows 10 is ill-conceived at best.

“There’s absolutely nothing in there that would pose a security risk,” said Andy Rathbone, author of “Windows 10 for Dummies,” whose book has been banned by the DoC. “The books are written for consumers — people at home. There’s very little about there in networking and there’s certainly nothing about breaking into networks.”

That’s not all. Books mailed to inmates are strictly monitored, and those that have been banned are never delivered to them.

The DoC, for its part, has said that prisoners have access to computers and USB drives, which they can use to access legal resources and other documents. It also offers education and job training programs to help them find a job after they are released from prison.

Yet prison officials have argued that even a basic knowledge of computer skills can pose a threat to prisons. But such concerns can be overblown.

Hacking a computer network requires more skill than reading a book. Even if a prisoner is tech-savvy, their activities are often monitored, thus curtailing access to most systems.

Oregon’s prisons aren’t alone, though. A MuckRock report in 2017 revealed that Ohio and Michigan prisons had banned books that sought to teach computer programming. Similarly, Kansas has banned tons of books for security reasons.

With coding becoming a very essential skill today, cutting incarcerated people off from gaining important skills shows that the prison system is not really serious about their rehabilitation efforts.

Inmates serving extremely long sentences may have no, or very limited, access to the internet, so reading about it is the closest they will get to ever experience technology.

On the other hand, released offenders already face multiple barriers to successful reentry to society. With limited education and skills, as well as potential employers unwilling to take a chance on people with criminal records, the odds are stacked against them in securing a job. This has also been a crucial factor in driving recidivism rates in the US.

Yesterday The Last Mile launched our newest California facility at O.H. Close in Stockton. With the help of Governor @gavinnewsom, Mayor of Stockton @michaeldtubbs, our wonderful partners at CalPIA and the volunteers from @google, a group of incarcerated youth will begin the Code.7370 program and will be trained in coding and technology over the next year and half, creating opportunities for successful reentry. Links to the incredible coverage in the linktree in our bio. Check it out! #coding #codingschool

In contrast, some prisons have undertaken efforts to equip prisoners with web education and other skills in order to prepare them for successful reentry. Convicts at California’s historic San Quentin State Prison are learning how to code and build apps through a program called The Last Mile.

“If we could reduce recidivism by just 5 percent, we could save billions of dollars over the next ten years. But without rehabilitation these problems will persist,” said Chris Redlitz who founded The Last Mile in 2010.

A report by CNBC in April 2017 found that none of the inmates who attended the program returned to prison, highlighting the usefulness of such rehabilitation programs.

Ultimately, the concerns voiced by the DoC are not entirely unfounded. But preventing prisoners from accessing relevant skills that can help them get back on their feet is just counter-productive and misguided.