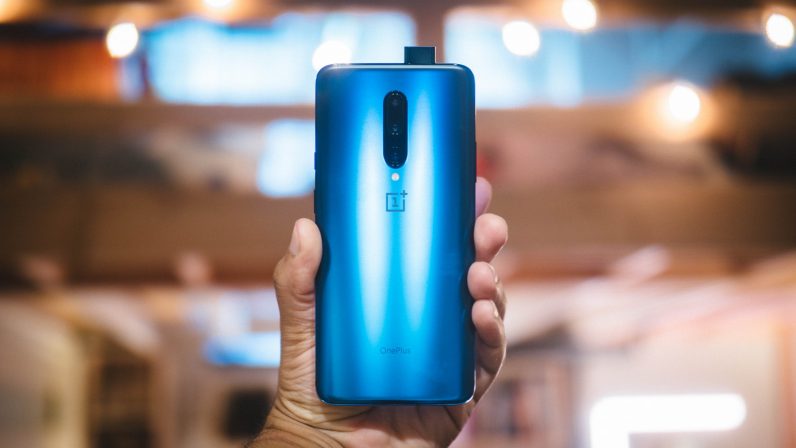 The OnePlus 7 is here. It starts at $669 in the US, goes on sale May 17, and it might just be the phone that brings OnePlus to the mainstream. I’ve only been able to play around with the phone for a few days, so don’t consider this a full review, but the OnePlus 7 Pro feels like the company has finally stopped holding back.

OnePlus’ mantra has always been ‘Never Settle,’ but despite how good its previous phones have been, it’s always seemed like the company has been compromising just a little bit to achieve its near-midrange pricing. It was in the small details: the screen was just a little worse than its competitors, it lacked stereo speakers, and the camera always seemed to be catching up to the state of the art, not defining it.

Not so with the Pro. It has the usual impressive specs, including 6/10/12 GB of RAM configurations, 128/256 GB of RAM, and a 4,000 mAh battery. But this time, the phone comes with a notch-less QHD display, rated an A+ by DisplayMate. It packs a giant 4,000 mAh battery. It has stereo speakers with Dolby Atmos support. It has a triple-camera setup with a giant 1/2-inch sensor – bigger than anyone but Huawei’s.

Just about the only thing missing is wireless charging, which the company contends is unnecessary compared given its 30-watt included dash charger, but it’s a disappointing omission.

Nonetheless, the phone feels premium in a way that goes beyond the company’s previous devices. This extends to the design, the highlight of which is that display, a seamless sheet of OLED technology that curves slightly at the edges. Free of notches and cutouts – and running at a silky smooth 90hz a la Razer Phone – it makes for the most satisfying display experience on any phone I’ve used to date. The company has also improved the in-display fingerprint reader to a point where I no longer notice a delay unlocking the phone.

Like the past several models, the phone has a glass back, but this time it comes in a ‘Nebula Blue’ in addition to the standard Mirror Gray that’s been a staple the past few years. It feels as well-built as ever, and though OnePlus chose to not apply for an IP-rating to save money, the company claims the phones are still water-resistant. I haven’t put that to the test.

There are a few software improvements too, including a Screen Recorder that works while gaming and allows you to use external microphones. There’s also a new focus mode that basically turns your phone into a brick for 20 minutes so you don’t get distracting messages and notifications.

The biggest question mark is the camera – something which I’ll need to play with more. So far though, the phone is 7 Pro is a major improvement. I thought the company made a substantial leap with the previous generation’s processing, but the 7 Pro adds impressive hardware to the mix that lets it challenge Huawei, Apple, and Google for supremacy. I’ll reserve judgement until I’ve spent more time with the device.

Rumors had pointed towards much higher prices for the OnePlus 7 Pro – some of them suggesting it would launch near $1,000. At $669 though, the OnePlus 7 Pro isn’t as affordable as its predecessors, but it still feels like a steal given what’s on offer.

The company is also announcing a non-Pro OnePlus 7, but that model isn’t coming to the US. Instead, it’ll continue to offer the 6T, bringing the price down $30 to $549.

You can order the OnePlus 7 Pro starting May 17 from OnePlus.com. It will be available from T-Mobile in the 8GB/256GB variant for $699. You’ll also be able to trade in your current device for up to $449, depending on the model.