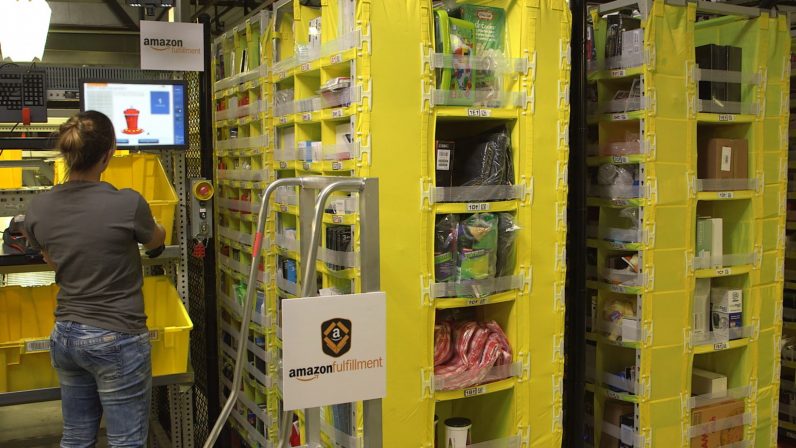 Retail behemoth Amazon has been entangled in a fresh controversy for the way it treats its warehouse workers.

According a new CNET investigation by Alfred Ng and Ben Fox Rubin, it has been found that the company has faced at least seven lawsuits from pregnant women over the last eight years alleging wrongful termination because of their pregnancies.

The lawsuits accuse warehouse managers of being unwilling to accommodate the needs of pregnant workers.

“The requests included longer bathroom breaks and fewer continuous hours on their feet, according to the lawsuits, but in all of the cases the expectant mothers were fired after telling their managers they were pregnant,” reads the report.

One worker describes being confronted by her boss for taking longer bathroom breaks, claiming the manager said “being pregnant is no excuse for being late.”

Another worker says she was told by a doctor to take three days off work after getting the flu while pregnant, but a human resources manager told her Amazon “does not accept doctor’s notes.” She says she was fired four days later.

A third pregnant warehouse worker informed her managers that she would not be able to lift heavy items, or take up work that required extensive physical movement. According to her lawsuit, not only were her requests ignored, she was fired two months later, after calling in sick due to high fever.

CNET’s report also goes on to state that six of the lawsuits were settled out of court.

Amazon has denied that it monitored the length of bathroom breaks and told CNET it was “absolutely not true” that it would fire an employee for being pregnant: “We work with our employees to accommodate their medical needs including pregnancy-related needs. We also support new parents by offering various maternity and parental leave benefits.”

For a company that employs a vast network of warehouses and order fulfillment centers across the world, this is far from the first time it has come under scrutiny for its grueling work requirements.

Amazon‘s rise as a global online one-stop shop has negatively impacted its workers, who say they are bearing the brunt of low wages and endlessly brutal and punishing conditions.

The company, however, has refuted these claims, stating “employees are the heart and soul of our operations” and that it delivers customer orders “faster and more efficiently – not by working harder but by working smarter based on decades of process improvement and innovation.”

Amazon workers have also had to contend with a demanding, fast-paced environment that leaves with them with little time for breaks. The company’s software closely tracks worker productivity and strictly enforces limits on how much “time off task” an employee can take during the day, thereby requiring workers to pack as many as 125 items in an hour to meet Amazon‘s demands.

The report says “pregnant workers often found that their rate would drop, as they were making more trips to the bathroom.”

Labor unions have long criticized Amazon‘s alleged poor treatment of its warehouse workers, and for its part, the Seattle-based retail giant has touted that it offers employees “a climate controlled, safe workplace.” Then in an attempt to assuage employee concerns about pay disparity, it raised their minimum wage to $15 an hour last November.

Recently, the company announced plans to cut Amazon Prime two-day shipping times to a single day. Like other conveniences offered by Amazon, it’s an irresistible perk as a customer.

But repeated incidents like these only fuel further questions about the long term impact these moves will have on its employees.

Read next: Twitter will now let you add pictures, GIFs, and videos to RTs