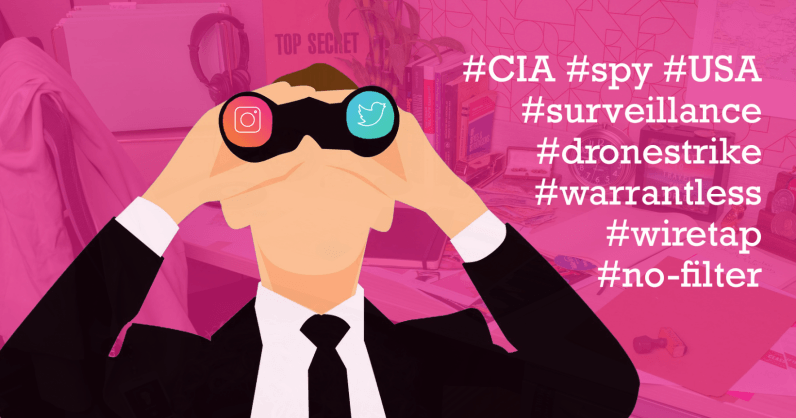 The Central Intelligence Agency (CIA) has a bit of a reputation. Depending on what side you’re on, it’s either a necessary cog in the intelligence machine, or an evil organization used to spy on citizens both foreign and domestic. But whatever you believe, it’s become increasingly clear that the CIA isn’t what you think it is. And that’s by design.

For decades, whenever someone mentioned the CIA it was typically under the guise of a favorable outcome or an explosive new allegation. It was a spy movie in that no one outside the agency truly understood what was happening. The CIA existed only because we were assured that it did. That curtain fell, for the first time, in 2011.

Since 2002, when NBC first started to track public sentiment data on the CIA, its favorability ratings have been a wild ride. After peaking in 2011, they performed a Bitcoin-like reversal before 2012.

The catalyst for the reversal is unclear. It could be the targeted assassination of Anwar al-Awlaki, a US citizen targeted and killed on foreign soil. It could be the uptick in drone strikes under the Obama administration. Or it could be any number of other PR disasters, such as reports later proven false that led to the invasion of Iraq.

On paper, the rebound in sentiment started somewhere around 2015. But in reality, we can tie it to a sort of identity crisis within the agency after the Snowden leaks. In 2013, Edward Snowden, then a CIA contractor, copied and leaked a cache of National Security Agency data to a team of journalists. His disclosures revealed numerous surveillance programs run by US intelligence agencies, including those meant to spy on citizens who had never been accused of a crime. This led to a maelstrom of public resentment.

Even after providing the intelligence that led to the death of Osama Bin Laden late in 2011, its favorability among US citizens didn’t recover until years later — and still hasn’t, for Republicans.

So it set up some social media accounts.

We can neither confirm nor deny that this is our first tweet.

The tweet makes light of the secrecy that had, for years, defined the agency. As an encore, the newer, friendlier face of the CIA set up a Facebook account. Within an hour, both accounts had more than 50,000 followers.

And the strategy worked. Somewhere in late 2014, sentiment among Democrats started to flatten. The freefall status it had endured since 2011 suddenly became a valley, and then started to climb once more.

For Republicans, the decline continued. In fact, Republican views on other government agencies began to fall with it — the FBI, for example. In 2010, both Democrats (68 percent) and Republicans (71 percent) had similar sentiment regarding the FBI, according to Pew Research Center. By 2016, however, sentiment shifted. By 2018, only about half of Republicans had a favorable view of the agency, while more than three-quarters of Democrats approved of the work it was doing.

While a few micro-blogs on Twitter, or the occasional Facebook post hasn’t been able to move Republicans, the CIA has had a great deal of success with its social media accounts.

It doubled down on the strategy today, in fact, starting an agency-led Instagram account complete with all the aesthetic appeal of your average social media influencer.

Through the account, we’ll give a peek into agency life, but we can’t promise any selfies from secret locations. We’re looking to spark the curiosity of Instagram’s users about the many ways CIA’s global mission has us going where others cannot go and doing what others cannot do.

If social media is good, real world influence is better. The CIA seemingly recognizes this, sending agents to win the hearts and minds of the people attending conferences like DefCon, and SXSW.

It may have started as an identity crisis, but it’s evolved into something else entirely. In 2019, the CIA isn’t known for killing US citizens on foreign soil without due process, or for hacking our cell phones without a warrant or probable cause. Nobody is asking what horrors Snowden didn’t uncover when he leaked his treasure trove of malfeasance — at least not with the same frequency they did in 2013.

No, in 2019 the CIA is known for hashtags, retweets, and the occasional conference appearance… just like it hoped.