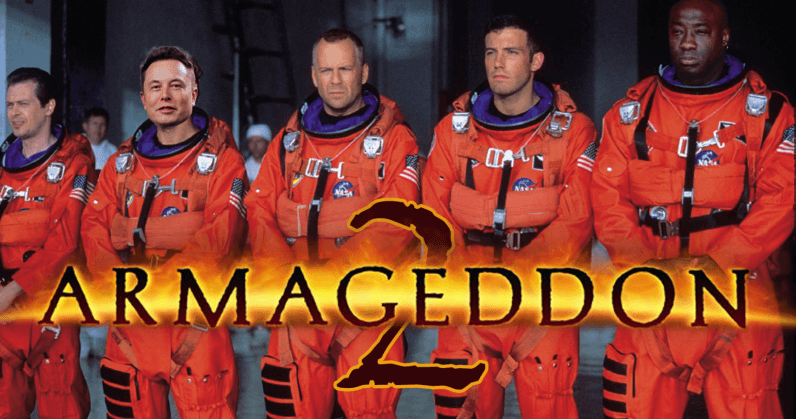 NASA today awarded SpaceX a $69 million contract to redirect an asteroid off its intended path.

The mission, called the Double Asteroid Redirection Test (DART), uses a technique known as a kinetic impactor. It involves sending one or more high-speed spacecraft into the path of an approaching near-earth object — in this case, an asteroid.

If successful, the rocket would steer the asteroid away from the Earth’s orbital path, avoiding the need for an Armageddon sequel, presumably. NASA demonstrated this on a smaller scale with the Deep Impact mission in 2005 — the name of yet another asteroid movie that we probably aren’t going to need a sequel for.

DART’s goal is to bring down the reaction time needed to thwart a catastrophic impact from a space rock hurtling toward a major city. Currently, the National Academy of Sciences predicts that it would require one to two years’ warning time to deflect a smaller asteroid. For larger asteroids, that figure could balloon to 20 years, or several decades for the largest rocks, measuring hundreds of kilometers in diameter.

Since we don’t have much testing data, it’s unclear if kinetic impactors — which really should be called bumper rockets — will be effective on anything larger than a small asteroid. In June of 2021 though, we’ll be one step closer to finding out.

The plan is to launch a Falcon 9 rocket from Space Launch Complex 4E at Vandenberg Air Force Base in California. Using solar electric propulsion, SpaceX is hoping it and DART can intercept the asteroid Didymos’ small moon in October 2022.

At that point, the asteroid will be just 11 million kilometers from Earth.