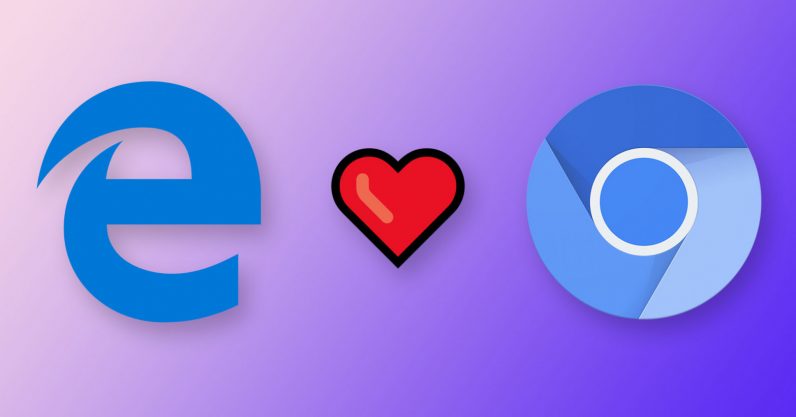 When Microsoft announced its Edge browser would be transitioning to the Chromium platform next year, I had one question: will it support Chrome‘s extensions? The answer appears to be yes.

As spotted by Thurrott, Edge’s Project Manager, Kyle Alden, took to Reddit to answer some question about the change. Alden notes that it’s Microsoft‘s “intention to support existing Chrome extensions.”

Alden goes on to address what will happen to apps that currently rely on Edge’s rending engine, saying they will be allowed to continue to use it, but Microsoft will offer the new engine as an option as well. He also mentions that:

Whether the move to Chromium is a good thing, we’ll have to wait and see, but Alden reiterates that Microsoft‘s intent is to make Chromium better as a whole, which should hopefully benefit everyone.

Read next: Study: The NHS is desperately in need of infosec professionals