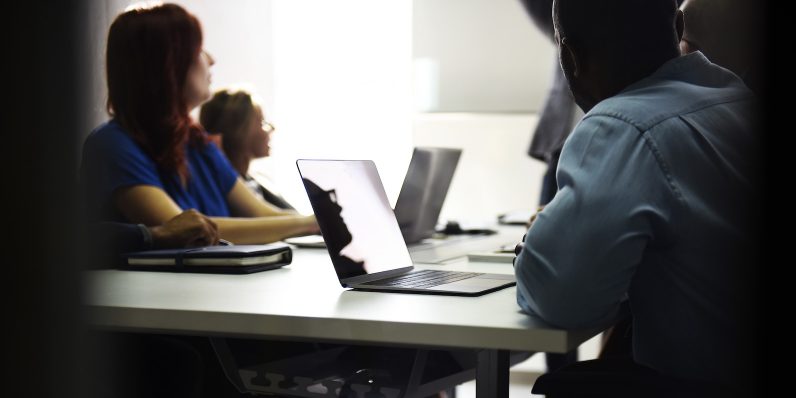 New data from analytics company Mixpanel reveals some facts about the habits of online shoppers — namely that some of you are probably doing your holiday shopping right now, even if you’re not supposed to be.

The Mixpanel report, titled “2018: Retail & E-commerce Benchmarks Report,” shows that online shopping increases on desktop during workdays — Monday through Thursday, specifically. According to Mixpanel, “Users are accessing retail & e-commerce websites through their computers an average of 11.2% more from Monday through Thursday than they are the rest of the week.” Mobile traffic also dips on those days.

Considering desktop use drops precipitously during the weekends, this could indicate people are using their work computers to do their shopping. Naughty naughty.

If so, I’d hazard a guess most of you probably hit up the online stores for Cyber Monday. The post-Thanksgiving work day was by far the biggest shopping day of the year so far. Adobe Analytics put it’s projected total of all sales at $7.9 billion, and that’s not even counting the retailers who extended their Cyber Monday sales extra hours or days.

That said, it’s probably not very many of you. Data given to TNW by Mixpanel shows that the vast majority of people who did their Black Friday and Cyber Monday shopping did so on their phones. Desktop shopping accounted for only 26.5 percent of the extended weekend’s activity. But considering the National Retail Federation estimates the total number of shoppers to be around 165 million, that’s still a considerable amount of you that maybe, possibly did a little holiday spending during your work day.

Mixpanel also shared that iOS was the platform that did the best during the holiday. While traffic for Android was down around 35 percent, and desktop around 26 percent, iPhone traffic was up by an astronomical 73 percent on Black Friday itself and about 47 percent on Cyber Monday.