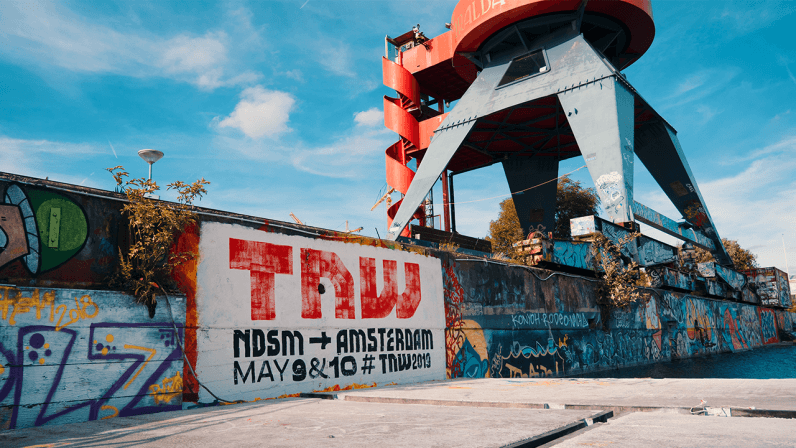 For our 14th edition, TNW Conference is moving to a new location! But before I tell you where we’re going, I’d like to share where we’ve been.

I’ve worked at TNW for almost seven years now, which makes me a very “odd” millennial. Our generation is known for switching companies every six months, and I often get asked why I’ve stayed at TNW for so long. The answer is simple: the challenge.

When I started working on TNW Conference in 2011, we had 800 people that showed up in one venue to listen to Tim Ferriss, Adobe’s Mark Randall, and Amazon CTO Werner Vogels.

The events team consisted of only three people, and we were constantly challenged to juggle marketing, programming, and partnerships in the span of a single day. That year, I worked so hard that I even signed in over the Christmas break to send out a newsletter campaign. I’ll never forget that moment – I received congratulatory messages from Boris and Patrick for addressing 35,000 people as “Hi FNAME.”

TNW taught me to always embrace challenges. In 2014, our team of four was severely understaffed when I was hospitalized and my coworker Sophie was pregnant. Against those odds, we still managed to grow our audience by 40 percent that year. TNW Conference 2015 made me feel so proud, although proposing to my wife at the closing ceremony probably had something to do with it (especially when she said yes and I didn’t have to do the walk of shame off the stage).

In 2015, the stakes got much higher when Paddy Cosgrave threatened to move Web Summit to Amsterdam – but we still flourished, and tripled our attendees to 10,000 for 2016. By the time TNW Conference 2017 and 2018 rolled around, we faced a completely new challenge: the event had expanded so much that we had to build domes, towers, and temporary structures to host all 15,000 of you in one location.

Which brings me to our current challenge: we’ve outgrown the beautiful Westerpark. The conference has started to suffer from growing pains that can only be fixed by creating more space, better routing, and larger stages. To accommodate more growth, we’ve decided we need a new home.

Over the past decade, we’ve been known for pioneering the “unconference model.” After reviewing many new potential venues across Amsterdam, I only found one that can capture our unique vibe and matched the picturesque beauty of Westerpark: the stunning waterfront of NDSM.

With a century’s worth of history, this former shipyard has been a cradle of Dutch innovation for the worldwide shipbuilding industry. I couldn’t think of a more fitting location to host TNW Conference on May 9 & 10, 2019.

Our new home brings us twice the space and will help us accommodate the expected 17,500 attendees this edition. I’m excited for this next step in the history of TNW Conference. My team and I will be in the trenches making sure this year’s edition will surpass every experience you’ve had before.

I can’t wait to see you there.