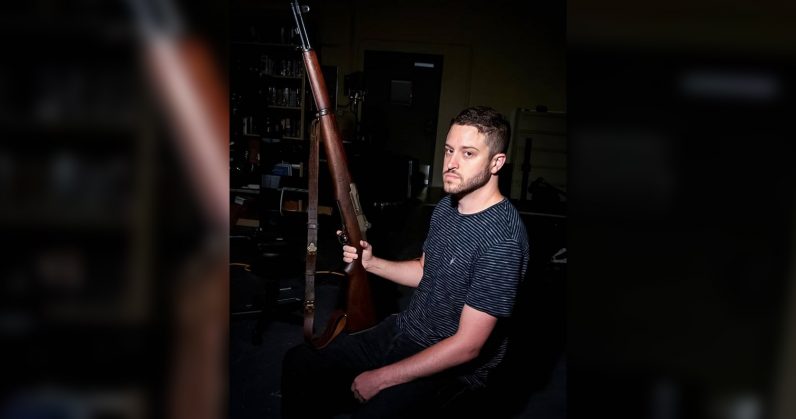 Cody Wilson, an active proponent of 3D-printed guns, has been accused of having sex with an underage girl in Austin, Texas – which amounts to child sexual assault, as the victim is under 17. And now, a judge has signed an arrest warrant with Wilson’s name on it.

According to this affidavit shared by Austin-based reported Tony Plohetski, Wilson is accused of meeting a 16-year-old girl through a site called SugarDaddyMeet.com, and paying her $500 for sex last month. He also allegedly exchanged nude photos with her.

NOW: This court record describes the allegation against Wilson. pic.twitter.com/OLihNi79Xa

The Austin Police Department said that Wilson isn’t yet in custody; he’s believed to have last traveled to Taipei, Taiwan, and to have skipped his flight back home to the US. If he’s prosecuted, Wilson could face up to 20 years in prison, and be fined $10,000.

Besides the grave consequences for Wilson, this will likely deal a blow to his mission of making it easy for people to create their own firearms by sharing 3D printing files online. He’s the founder of Texas-based non-profit Defense Distributed (DD), which sought to create a marketplace for such files.

DD has faced multiple roadblocks in its attempts to distribute these files, and as of now, it’s been ordered by a federal judge to close its file depository.

While these files are still being exchanged by some private citizens, the movement will almost certainly face a major setback now that its leader is in all kinds of trouble.

Update (September 24, 2018): Cody Wilson is now in jail in Houston, Texas, after he was deported from Taiwan back to the US. His lawyer, Samy Khalil, said: “We are glad that Cody is back in Texas again where we can work with him on his case.”

Read next: Xiaomi admits to showing ‘unobtrusive’ ads on its Android phones