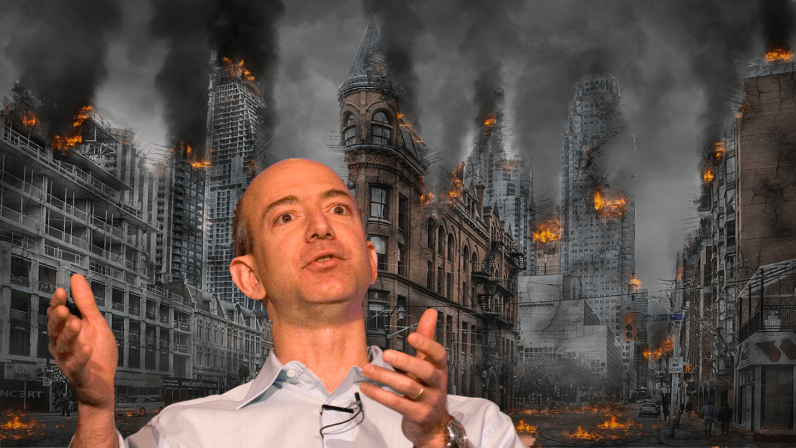 Last night, Amazon became the second US company valued at over a trillion dollars, following the path tread just months earlier by Apple.

It’s a remarkable milestone, and Amazon’s road to a trillion was over 25 years in the making. It was entirely the product of Jeff Bezos’ leadership and cunning strategy.

Curious as to what that strategy is? TNW has followed Amazon for years now, and we’ve been able to distil their approach into two distinct parts. These can be easily replicated by any company eager to hit this exclusive milestone.

In the coming days, analysts will attribute Amazon’s meteoric rise to two things: AWS and the near ubiquity of its e-commerce platform. But really, it’s got nothing to do with that.

As oil companies and arms dealers show, it’s incredibly easy to make a buck when you don’t actually have a conscience, and you’re prepared to burn down the rest of the world. Amazon just figured that out sooner than anyone else in tech.

Read next: Xiaomi is launching more phones than ever and it's hard to keep up