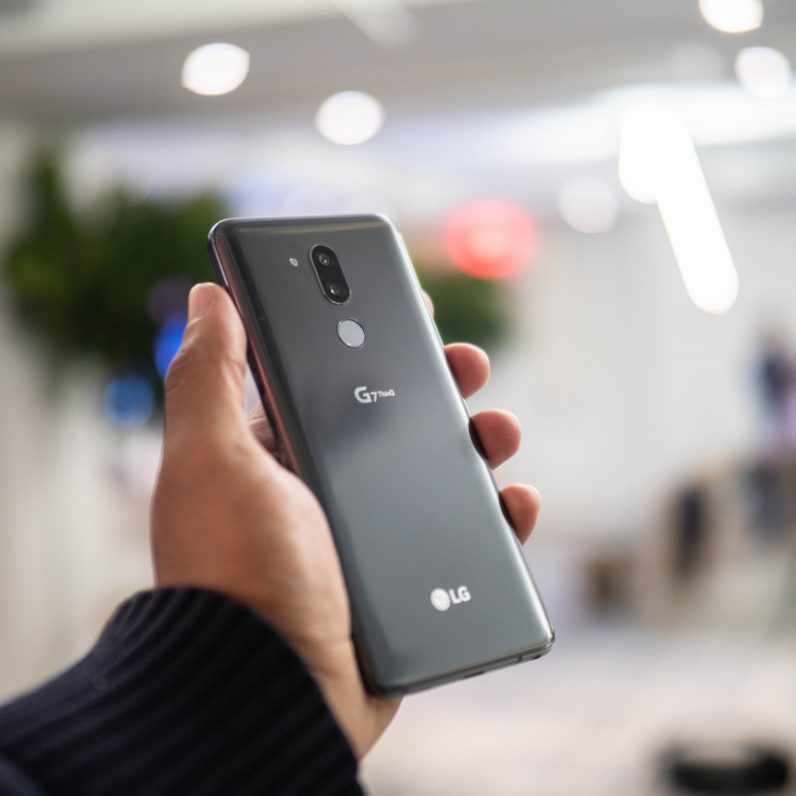 After Huawei introduced three cameras on P20 Pro, it looks like everyone wants in on the fun. A report by Android Police suggests that LG’s upcoming V40 Will come with a total of five cameras: two on the front and three on the rear.

The report follows rumors that this year’s iPhone and next year’s Galaxy S10 will also include at least one variant with triple lenses.

We have no idea what that third camera will look like on LG’s phone though. On the P20 Pro, one camera is normal, one has a monochrome sensor, and another has a telephoto lens. LG phones have traditionally combined a normal camera with an ultra-wide-angle shooter.

I imagine a telephoto lens is the most sensible move from here as it would help portrait mode and bring about the holy trinity of lenses as some photographers call it. It would also provide significant zooming flexibility for videographers, who are the V-series’ raison d’etre.

The dual front-facing cameras, on the other hand, wouldn’t be totally new. The original V10, was actually the first phone with two front facing cameras – used for wide-angle group selfies – but the feature has disappeared since. I imagine that on the V40 it will be used for portrait effects and security, as it’s expected to work on the upcoming Pixel 3.

All that being said, an extra camera or two isn’t a guarantee of image quality. What makes Huawei’s camera so good is the giant 1/1.7 inch sensor, which is far larger than anything else on the market. Google still manages to deliver some of the best photos on the market with just one lens because of stellar processing.

Meanwhile, LG’s G7 uses two 1/3-inch sensors with good but unremarkable processing among flagships. Hopefully the V40 will aim for quality as well as quantity.

Read next: Trump's anti-Muslim tweets may have caused an increase in hate crimes, study finds