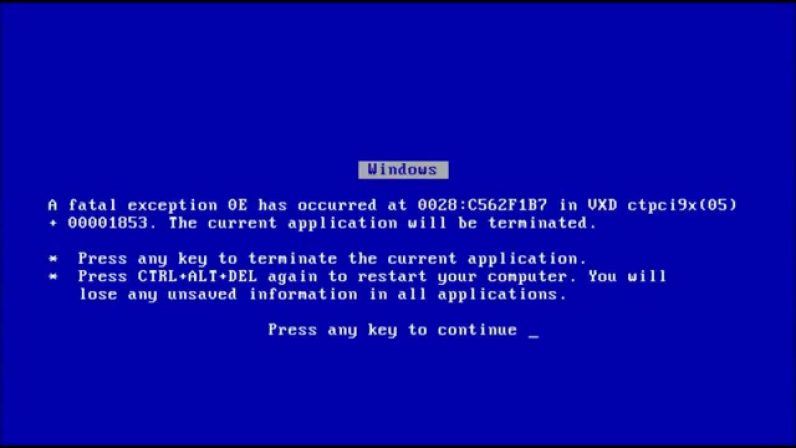 Forgive me if this article makes you feel old, but I feel it’s my journalistic responsibility to inform you that this video of Windows 98 shitting the bed in a most public fashion turned 20 years old this weekend. Let’s revisit it:

Let me set the scene. Twenty years ago, Microsoft CEO Bill Gates and assistant Chris Capossela (who is now Chief Marketing Officer at Redmond) were demonstrating Windows 98 before a live audience at the COMDEX conference.

One of the big features was plug-and-play. You’d plug in a peripheral — like a printer, joystick, or whatever — and it’d just work, to borrow a phrase from Apple.

Anyway, it didn’t “just work.” Not even close. The computer threw up a blue screen of death (BSOD) error, evoking laughter and jeers from the audience.

For what it’s worth, Gates handled the situation really well, joking: “That must be why we’re not shipping Windows 98 yet.”

For Microsoft, however, it was a very embarrassing public failure. The incident was even parodied in Trey Parker and Matt Stone’s South Park Movie.

Windows 98 was the follow-up to the roaring success that was Windows 95. There were a lot of expectations riding on it. Although this SNAFU went viral (before such a thing even existed), it didn’t dent the success of the product. Microsoft sold 25 million units in 1998 alone.

Although nothing can replace the arse-clenchingly cringeworthiness of the Windows 98 epic fail, other Microsoft demos have come close. In 2006, a demonstration of the voice recognition in the Windows Vista operating system went hilariously awry:

Thankfully, Microsoft has gone from strength-to-strength in the years since. Windows 10 is a really solid, really stable operating system. Now, when Microsoft unveils a new product, it evokes gasps and admiration, and not titters.

And just so nobody accuses me of having a hard-on for Microsoft, here’s a supercut of Apple product launches going tits-up. Enjoy:

Read next: I met will.i.am in a New York bathroom