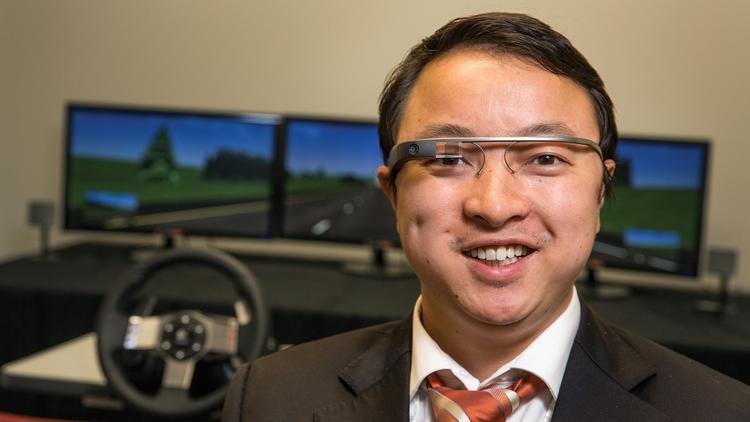 Face-mounted computers like Google’s ill-fated Glass project are often feted as safe alternatives to using your phone while behind the wheel. However, new research from the University of Texas at San Antonio has proved that isn’t the case. Google Glass doesn’t just make you look utterly ridiculous, but also turns you into a veritable wrecking-ball behind the wheel.

The study looked at twenty-nine students, all of whom possessed driving licenses, and placed them into a makeshift driving simulator. Participants were required to complete tasks, such as answer a text message, using both an ordinary smartphone, and a Google Glass head-mounted computer.

Everyone knows that using a phone while driving is massively dangerous. Indeed, in many places around the world (like the UK), it’s completely illegal. But what about Google Glass, where things appear in your field of vision, and you’re not staring at a screen?

It also observed that those who used Google Glass were more confident due to the speed in accomplishing tasks, thanks to the device’s voice controls. This, ironically, meant users were more susceptible to distraction.

You can read the paper here (assuming you’re a university student with access. Otherwise, you’ll have to pony up the cash to buy the paper outright).

While it’s easy to dismiss its findings as a bit anachronistic (Google Glass died on its arse a few years ago, and its revival has largely been contained to industrial and workplace applications), it’s worth remembering that head-mounted computers might eventually sweep the consumer market.

Magic Leap has raised around $2.3 billion (with a ‘b,’ followed by a ‘how much?‘) from the likes of Google and Alibaba to build a face-worn augmented reality headset, while rumors continuously circulate about Apple launching its own Google Glass alternative.

Before this type of computer breaks into the mainstream, it’s probably a good thing that we’re looking into how safe they actually are.

Read next: Sorry Sony, I'm stealing those sweet noise-cancelling headphones you lent me