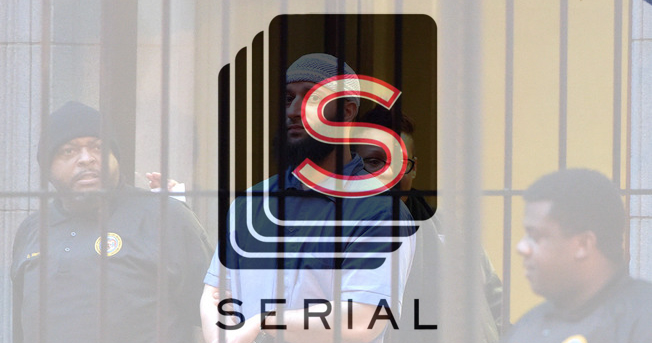 The subject of 2014’s breakout hit podcast Serial has been granted a new trial — officially, this time.

Given a life sentence in 2000 after a Maryland jury convicted Adnan Syed of murdering his high school sweetheart, Hae Min Lee, Syed’s fortunes took an unexpected turn in 2014 after being approached by Sarah Koenig and Julie Snyder of a fledgling podcast developed by the creators of This American Life.

Serial took the tried-and-true approach of This American Life, while tackling darker subject matter and stretching it out over multiple episodes per season. Syed was its first subject, and proved to be a compelling case study of the human condition. Over 12 episodes, Koenig and Snyder dove headfirst into the story, pointing out inconsistencies and poking the occasional hole in both Syed’s and the prosecution’s stories.

Two years after the podcast first aired, Syed was granted a new trial based on some of the same questions raised by Serial host Koenig. In particular, why didn’t attorney Christina Gutierrez cross-examine the prosecution’s expert witness about the reliability of cellphone tower evidence. Or, why was Asia McClain Chapman, a possible alibi witness never called to the stand?

Gutierrez, it was later discovered, was in failing health. She was disbarred in 2001 and passed away in 2004.

Prosecutors appealed the decision, leaving Syed’s fate in a state of limbo.

Today though, an appeals court upheld the lower court’s decision, finding that Syed has ineffective representation in 2000 murder trial. The three judge panel ruled 2-1 in favor of the decision, agreeing that Syed’s original attorney had failed to call a critical alibi witness.

The witness, Chapman, claims that she was with Syed at the time prosecutor’s say he murdered Min. In a document obtained by Buzzfeed, the court said:

Trial counsel’s deficient performance prejudiced Syed’s defense, because, but for trial counsel’s failure to investigate, there is a reasonable probability that McClain’s alibi testimony would have raised a reasonable doubt in the mind of at least one juror about Syed’s involvement Hae’s murder.

An Appeals Court Has Ruled Adnan Syed From on Buzzfeed News

Read next: This Android app will rescue your future phone from the notch