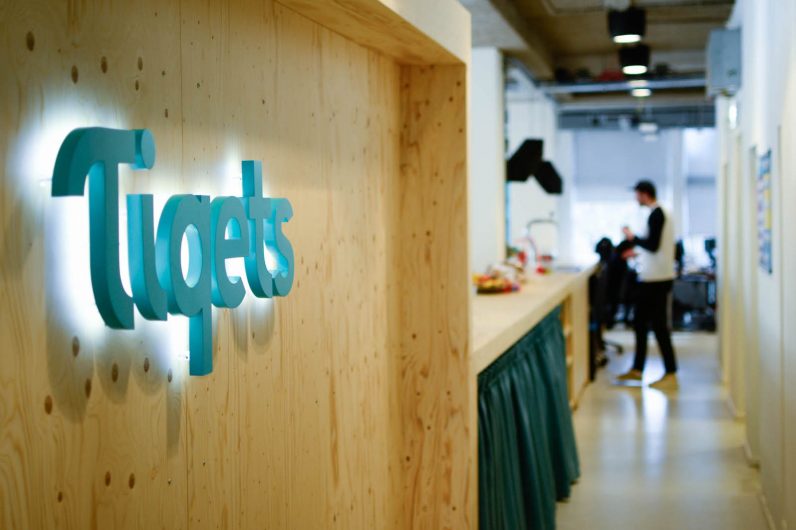 Founded in 2014, Tiqets is a Dutch platform that sells tickets for thousands of major cultural attractions worldwide. Thanks to easy-to-use, mobile tickets that grant direct access to the venues, the company’s revenue skyrocketed, growing more than 10,000 percent over the past three years.

But things weren’t always rainbows and unicorns. Tiqets nearly went down, before surging back up on the road to success.

Many other famous businesses followed the same path. From Apple to Airbnb, recent history pullulates of companies that bulldozed through serious hardships thanks to unrelenting persistence.

However, Tiqets story teaches that persistence is never enough. What matters the most is the ability to change your plans and adapt quickly.

To know more about this surprising growth story, I paid a visit to Tiqets headquarters, a one-floor office bursting with activities close to the Amsterdam city center. Luuc Elzinga – the company’s CEO and co-founder – welcomed me.

We toured through the different departments. The company was clearly in a moment of abrupt expansion. Employees shared desks. Open boxes were everywhere. We sat in a silent, glass-walled meeting room and started by recounting Tiqets’ origins.

TNW: How did it all start?
Luuc Elzinga: Real story or marketing story?

Both, of course.
Well, the simplest story is that I was looking for investments with my partner. Two guys came with the idea of a B2B2C ticketing platform. It was sort of an aggregator for all tickets in the world.

And the marketing story?
The marketing story is also a true story. It’s just complementary. When I met my wife, she was way more into culture than I was. I was a soccer-and-beer person. She brokered me into culture and showed me what I was missing out. Since then, I realized the importance of making culture more accessible.

Did the company pick up traction from the beginning?
No, at the opposite. When I founded Tiqets, I was the co-owner of a consulting firm. We were helping other businesses to acquire new clients. In a way, the business model of our firm was ourselves, our ability to teach how to sell.

I made the humongous mistake to think that I could have just copy-pasted the same model for Tiqets. “I will be the commercial product of the company,” I thought, “my great presentation skills will do.”

What didn’t work out?
I didn’t know that if you want to create a successful tech company, what matters the most is the product. Great presentations are just ancillary. A couple of months after we launched Tiqets, we had premium clients onboard but we had major issues with our product.

The whole customer experience was shitty. Our Net Promoter Score was dropping – and the NPS is like the lifeline for a business like ours. That was a true make-it-or-break-it moment.

How did you solve the situation?
We needed to U-turn our strategy as soon as possible. To make the difference we needed to contract and connect to the venues directly to make sure people could enter the venue without any hassle: last minute, with instant tickets, and with mobile entrance. And we switched to B2C. We needed to get direct feedback from the end-customers. Only when you build a product that is beloved by consumers you can move into B2B2C.

All of this happened in the middle of a seed funding. It was really tough. We started to negotiate and make contracts with the venues themselves. We were based in Amsterdam so it made sense to start with the Rijksmuseum. For that, my sales skills came in handy again.

Let’s focus a bit more on the art of sales. What are some tips that helped you to onboard the Rijksmuseum so swiftly?
Sales is the art of listening. It’s not about how good you think you should be but how good your potential clients want you to be. It’s rarely about pitching, always about listening. What are the goals that you want to achieve? That’s what we asked the Rijksmuseum.

What’s a question you’d like to ask to the other founders that I’m interviewing in this series of Growth Stories?
“In retrospective, what are the key things that you would have done differently and what the indicators that you neglected or underestimated?” I’d like to know this from other companies that a couple of years ago were in the same phase that we are now, so we could avoid the same kind of mistakes.

Read next: Exclusive: Research shows many women developers are stuck in junior-level roles