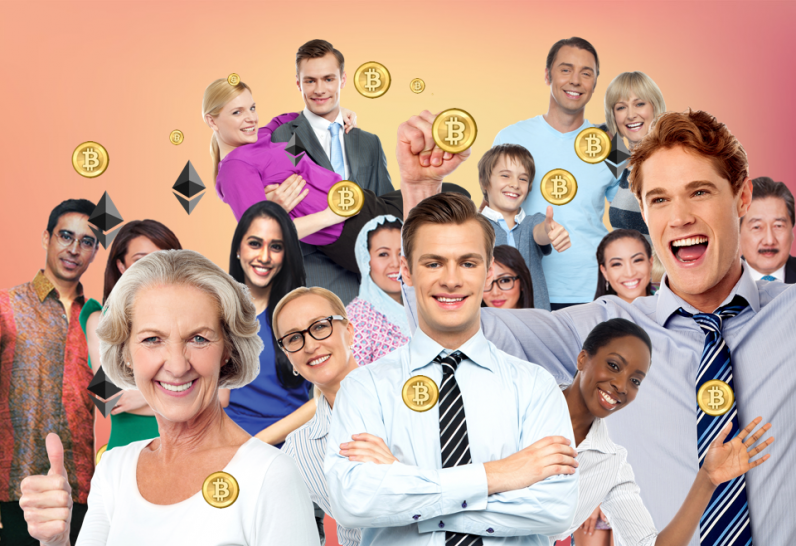 These days, it seems that entrepreneurship is more popular than ever — and this trend isn’t going away. In fact, a 2017 Gallup study found that approximately 40 percent of students in fifth through twelfth grades plan on one day starting their own business or inventing a new product.

The problem, as always, lies in acquiring the funding necessary to turn those great ideas into viable companies. While crowdfunding platforms have churned out several success stories, the most recent findings from Statista reveal a surprisingly low success rate — less than 36 percent of all projects are fully funded, meaning the majority of individuals who use these platforms walk away without the finances they need.

So how do would-be entrepreneurs overcome these financial challenges? CoinStarter, a blockchain-based fundraising company, seeks to help innovators receive the financial backing they need and launch their own successful coins through cryptocurrency fundraising.

Naturally, one of the greatest concerns an entrepreneur interested in blockchain fundraising would have is whether anybody even uses this method in the first place. CoinStarter currently boasts over 170,000 members who use the platform’s proprietary StarterCoin currency, with over 3,600 Initial Coin Offerings (ICOs) that have been submitted thus far.

Impressively, CoinStarter has achieved these membership numbers after three months while still in beta — indicating a massive amount of interest in this niche.

By using this secure cryptocurrency platform, blockchain creators don’t have to worry about the inefficiencies that so often arise by using different financial institutions.

Better yet, the use of cryptocurrency provides access to a global group of backers spread across over 200 countries. Rather than being limited to individuals within their own country, entrepreneurs can truly reach the entire world with their great idea — and get support from a global audience. Users can even create their own coins for a particular campaign.

Of course, with past stories of cryptocurrency being used for illegal purposes, some entrepreneurs may be understandably wary of what else might show up on the same platform as their crowdfunding project. Understanding this concern, CoinStarter prohibits any project related to unlawful activities in an effort to maintain the standards of its online community.

In addition, the security of all transactions is fully ensured by the use of the best blockchain technology available. CoinStarter’s StarterCoin uses Ethereum for its distribution purposes — a highly-regarded platform that has proved to be one of the most secure blockchain options available for today’s cryptocurrency marketplace.

Building a community is one thing, but getting the new project set up is quite another. Projects on many crowdfunding sites can take days or even weeks before they are completed — and that’s before the approval process begins.

After that, entrepreneurs attempting to raise money for their business endeavors end up investing a lot of their own time and money in marketing and public relations efforts just so people can learn about and contribute to the campaign.

A key offering of the CoinStarter platform is its simplified campaign creation system. No programming skills or other technical expertise are necessary for creators to launch their campaign — instead, users go through a few easy steps that take only a few minutes to complete (such as writing a text description) before the project is vetted for legal purposes and allowed to go live.

Multiple financing options also make it easier for creators to gain support from interested backers, even if their campaign doesn’t manage to “go viral.” Unlike other crowdfunding sites, CoinStarter allows entrepreneurs to choose a “flex funding” option for their project. This means that even if they aren’t able to reach their full campaign goal, they can still retain any cryptocurrency funding they received.

In addition to supplying this crowdfunding platform, CoinStarter is further seeking to make cryptocurrency a core component of the entrepreneurial world through services such as Businefy and CoinStarterBox.

With Businefy, startups that leverage the power of blockchain technology gain access to SaaS software that is fully compatible with cryptocurrencies.

This invaluable tool helps businesses manage everything from invoices to payroll with a secure blockchain system, while point-and-click smart contracts streamline many key business operations. The ability to accept and use cryptocurrencies is sure to be a game changer for businesses big and small.

CoinStarterBox, on the other hand, aims to further grow the population that uses cryptocurrencies by serving as a premier coin membership club. By delivering new ICO coins to subscribers each month, this popular addition to the CoinStarter brand seems poised to further fuel the cryptocurrency revolution and generate additional interest for projects on the main CoinStarter platform.

There’s no denying that the rise of cryptocurrencies is beginning to have a significant impact on the business world. By creating a platform that allows entrepreneurs to tap into this financial resource for their crowdfunding efforts, CoinStarter is sure to help shape future world-changing innovations.

Though currently still in its Beta platform, CoinStarter is expected to have its full launch in March of this year. This is one cryptocurrency offering that is well worth keeping an eye on.