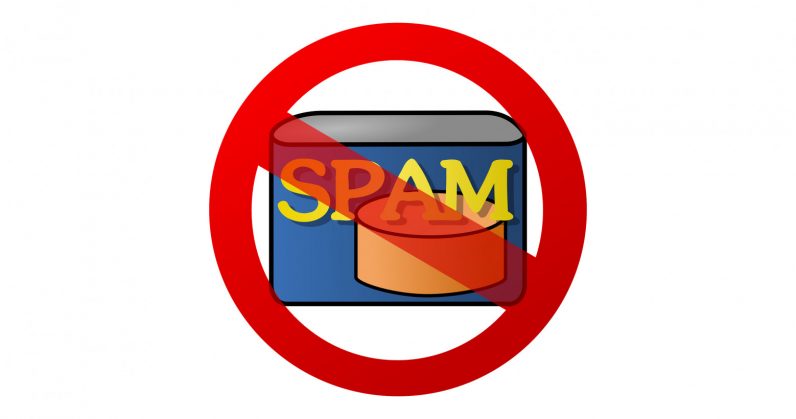 A product billed as the answer to email spam wants to turn the tables on aggressive marketers.

Currently featured on Product Hunt, ‘Revenge Spam’ allows anyone to input an email address in an onsite form. Once entered, the company submits the address to “several” other companies that “take of [its] dirty work” — a claim that alludes to unwanted sign-ups for multiple mailing lists.

While seemingly intended to target email spammers, the service offers no assurance that this is the case. It could just as easily be someone who pisses you off on Twitter, an ex, or an annoying colleague. The website doesn’t seem intent to offer any such assurance, either:

It’s easy really. Do you have that special someone you can’t stand but want the satisfaction of knowing his email will be full of stupid emails? Do you have someone who won’t remove you from their mail list? Do you want to spam the spammers? Now’s your chance.

Unwanted email is just one of the things that makes the service troubling. It also seems to be in violation of several anti-spam laws in the United States. The CAN-SPAM Act, for example, is a 2003 law that introduced harsh penalties for commercial entities sending unwanted email messages. Each violation is subject to penalties of up to $40,654.

Companies also have to provide an easy way to opt-out of said mailings and honor these requests promptly. Revenge Spam has an opt-out feature, but it’s closer to extortion than a real solution.

How to remove your email:

2. Regular Removal email us. Because of the number of removals we get, this process could take up to two weeks.

This is also a violation of the CAN-SPAM act, which states (emphasis ours):

You must honor a recipient’s opt-out request within 10 business days. You can’t charge a fee, require the recipient to give you any personally identifying information beyond an email address, or make the recipient take any step other than sending a reply email or visiting a single page on an Internet website as a condition for honoring an opt-out request.

Revenge Spam is not only facilitating an illegal activity, but extorting those who have been placed on the list unwittingly. It’s then passing on email subscribers to other lists that could be legitimate — the company doesn’t reveal which lists it places customers on. For the company doing the mailing, this could mean steep fines and penalties for a violation it never actively took part in.

We’ve reached out to both the product’s creator, and Product Hunt, where Revenge Spam is currently being featured. Neither responded as of this writing, but we’ll update if necessary.