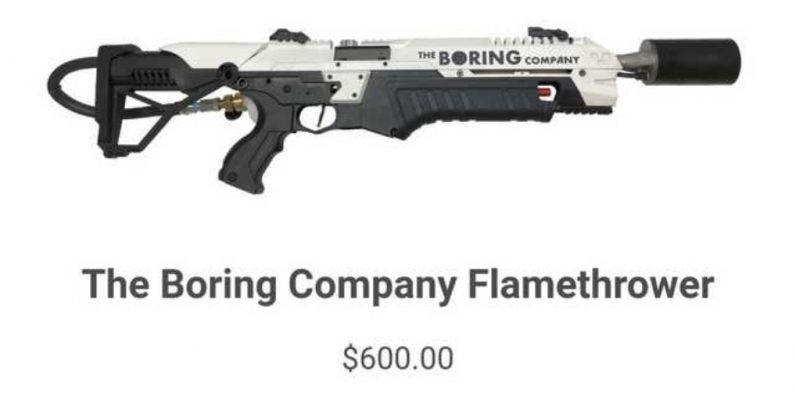 Do I need a flamethrower? No. Do I want one? Yes. That seems to be the general attitude behind the thousands of people buying Elon Musk’s new fire-breathing toy.

If you haven’t been following, Musk promised to begin selling a flamethrower for his Boring Company – the one digging giant tunnels under LA – a few months ago. Now that they are up for pre-order, they’ve been selling like hotcakes.

The Tesla CEO tweeted that there have been more than 10,000 flamethrower pre-orders, meaning sales of over $5 million so far (pre-orders originally cost $600, but now are $500).

Who needs venture funding when you can make money selling flamethrowers instead?

Musk has helped revolutionize the electric vehicle industry and the modern space race. Now, all evidence suggests he’s helping us prepare for the zombie apocalypse too. He, however, denies these claims:

You’d need millions of zombies for a so-called “apocalypse” anyway. Where would I even get a factory big enough to make so many!?

Whatever you say, Elon.

In all seriousness, 10,000 fire-breathing machines in the hands of people who don’t need one is probably not a good idea. But if you want to be prepared for the fight against the undead – you know, just in case – you can pre-order your own Boring flamethrower here.

Read next: Apple's ARKit update in iOS 11.3 is next level good