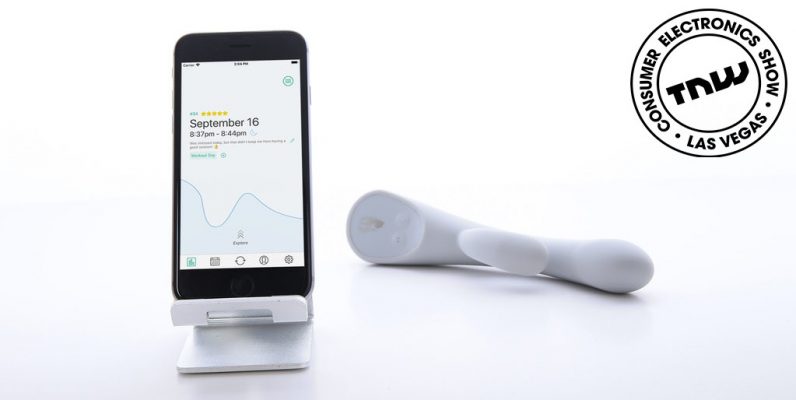 ARTGASM uses the Lioness’s biofeedback sensors to create unique art pieces based on the user’s orgasms. It’s not exactly clear how Lioness-based orgasms are going to be turned into art — a video preview just shows pulsating circles presumably culled from other orgasms tracked via the app. According to a spokesperson, the art at CES is from volunteers, but the feature will be available to all app users later this year.

One of the co-founders of Lioness, Liz Klinger, has previous work in art exhibits involving the human body, including body casts. According to her, subjects who were reticent about their own bodies felt less so after seeing the finished product. “By showing them their bodies through a new perspective, they were able to see their bodies as they were: works of art.”

According to a spokespersion, ARTGASM will have its first public showcase at this year’s Consumer Electronics Show. ARTGASM will appear at two pop-up locations during CES.

Read next: Intel says its new palm-sized PC is the smallest VR-ready computer ever