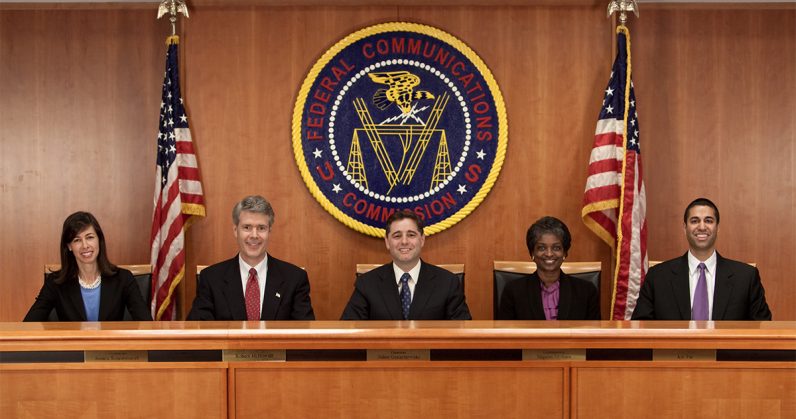 The Federal Communications Commission (FCC) today voted to end Obama-era net neutrality protections. Voting along party lines, the ballots were cast as expected with the Republican-controlled FCC ending the Title II classification and effectively handing control of the internet to ISPs like Comcast, Time Warner, and AT&T.

The contentious vote was not without its tense moments. At one point the room was cleared for what we’re speculating was a bomb threat. Reporters were told to leave their gear where it was, and forbidden to take cameras, laptops, and cell phones as they exited the room.

After sweeping the room, everyone was allowed back in and the vote proceeded with predictable results.

FCC Chairman Ajit Pai believes removing government regulation opens the internet to increased investment, fueling innovation from telecom companies. These companies, however, have long been criticized for doing exactly the opposite. From oppressive equipment leases featuring subpar routers and cable boxes, to pricing schemes that seek to squeeze every last penny out of the consumers they’re serving, ISPs don’t exactly have the reputation for offering the sort of innovation Pai is hoping for.

Additionally, this opens the door for a variety of worst case scenarios like: tiered pricing that effectively walls off the internet for those unwilling to pay for unlimited plans (should they even exist), prioritization of one website or service over another, and telecoms striking shady deals that squeeze out smaller entrepreneurs.

For the optimistic, there’s still hope the ruling could be overturned in federal court, or by Congress. For now though, ISPs have effectively been handed the keys to the castle, and are now in charge of the internet.

“Title II regulations and opening the door for increased investment and digital innovation. Today’s action does not mark the ‘end of the Internet as we know it;’ rather it heralds in a new era of light regulation that will benefit consumers.”