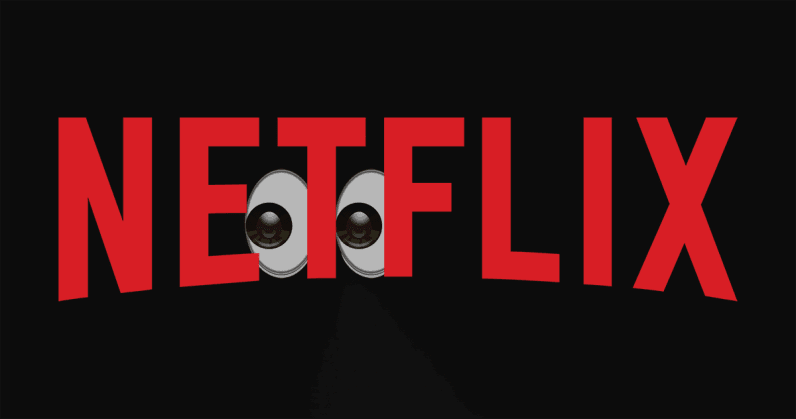 Yesterday Netflix freaked out some subsets of internet culture with a relatively harmless tweet some are now calling ‘creepy.’ The tweet read:

To the 53 people who've watched A Christmas Prince every day for the past 18 days: Who hurt you?

‘A Christmas Prince,’ starring… doesn’t matter, you’ve never heard of them, is a Netflix original about an undercover reporter that… again, doesn’t matter. All that matters is that it’s another cheesy Christmas movie premise, only this time with royal douchery weaved ever-so-seamlessly throughout the plot. So seamless, in fact, one IMDB reviewer had the following to say:

Not good. Not unless you are a moron.

The two stars represent the fact that this film makes for a fantastic drinking game this festive season.

Take a drink every time:

But the awful movie wasn’t what drew criticism from Netflix’s Twitter followers, it was the fact that they, somehow, had no idea Netflix could monitor the viewing history of its users.

So unknown creepy Netflix staff have access to your viewing data, use it to creep on you, laugh at you, maybe publicly. I guess it's like video store staff, except a massive database means it's easier for creepy Netflix staff to find and creep on individual people they know. https://t.co/JUlAau4xkQ

Anyone else find it concerning that Netflix is talking about peoples' watching habits? Doesn't it seem a little creepy to anyone else?

This is truly creepy. @netflix, what do you do with data? And who runs your social media accounts? https://t.co/cfAxlnt0Nx

Just so that you can quit wondering, Netflix is definitely watching your viewing habits; it says as much in its Privacy Policy — you know, the thing you click “Accept” on without ever reading?

Information we collect automatically: We collect information about you and your use of our service, your interactions with us and our advertising, as well as information regarding your computer or other device used to access our service (such as gaming systems, smart TVs, mobile devices, and set top boxes).

What remains unclear though — and is far more important — is how it’s using this data. The Privacy Policy and Terms of Service both gave pretty broad definitions that could mean anything from “we share this with a handful of high level employees and no one else has access” to “we literally just printed a flyer letting everyone know Matt Hughes has seen High School Musical 46 times this year.

We’ve reached out to Netflix for further clarification. While you wait, maybe it’s a good time to get in the habit of reading the Privacy Policy for companies you hand over this much data to. Might we recommend starting with Facebook?

Read next: Stripe brings its payments platform to India at last