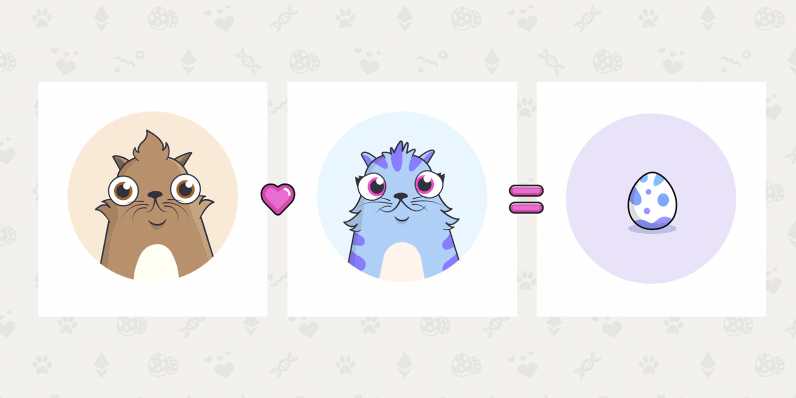 Cryptocurrency has an uncertain future, but the digital ledger powering most of their transactions is here to stay. Granted, cryptocurrency probably is too, but this isn’t meant to be a rant about dot com-era bubbles — we can argue about it on Twitter thought, come at me.

The benefits offered by blockchain are numerous, and each passing day brings an ever-more-creative way to use it. I’ll leave it to you to decide if CryptoKitties is one of them.

CryptoKitties are basically 2017’s version of Neopets, only with a traceable lineage. Using the same ledger technology that verifies Ether and Bitcoin transactions, collectors can buy, sell, trade, and breed their digital kittens. Each kitten has a unique lineage and characteristics, such as Kitty #25493, which looks like the bastard spawn of a Matthew Inman illustration.

If you can live the rest of your life knowing this is the kitten you chose to spend your hard earned cash on, you can purchase the little fuzzball for 0.2571 ETH ($118.46 as of this writing), that’s Ether in case you haven’t been paying attention.

According to the website, each cat is one-of-a-kind, and solely owned by you — unless you decide to trade or sell it to another CryptoKitties enthusiast. Each offspring two paired cats produce is also unique, there will never be another just like it. Which, judging by the looks of a few of these creations, we’re sure is a good thing.

Still, I wanted to hate this game. I wanted to call it the flavor of the week blockchain app that really didn’t make sense yet existed despite all evidence to the contrary it should. But I don’t. I’m not going to be collecting digital cats anytime soon, but it’s not hard to imagine a place for this.

We did, after all, once go nuts over Neopets and Tamagotchi.

Read next: ICOs will kill VCs, unless they adapt