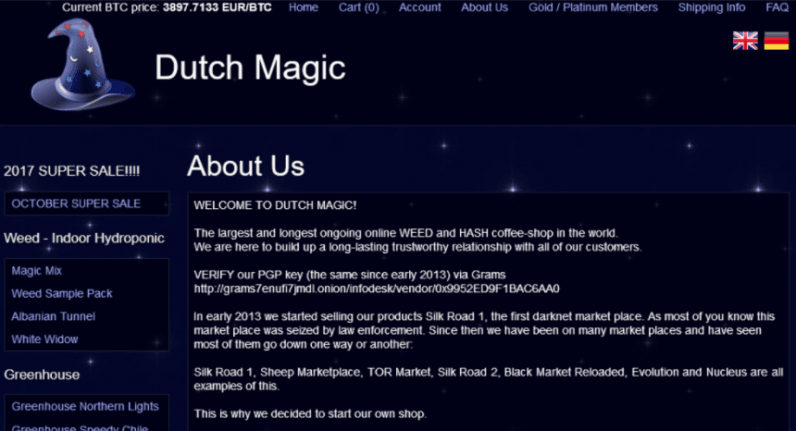 In spite of a long streak of high-profile busts over the past few months, illegal trading on the dark web seems to be burgeoning – so much so that some vendors have began leaving behind popular marketplaces to set up their own private shops.

Unlike standard dark web markets – which facilitate communication between customers and vendors and also act as an escrow service until transactions have been completed – some vendors have now spun off to accept peer-to-peer (P2P) orders straight from their own independent webshops.

The move towards private P2P shops represents “the natural evolution of a successful vendor that has grown on a traditional [dark web] market,” according to cybersecurity firm Sixgill.

The company, which specializes in monitoring and interpreting activity on the dark web, sees this transition as a logical progression for vendors that have successfully built up a solid reputation and a steady flow of customers over the years.

In fact, Sixgill speculates the trend is likely here to stay. The reason is that, in comparison to marketplaces, private shops give vendors a chance to cut the middleman and maintain full control over their transactions and customer dealings.

This means that, in addition to the ability to request payments straight to their own wallets, vendors also get to save market escrow fees, which could cost between one and five percent on each separate transaction.

The volatile state of dark web markets has also contributed to this development. Sixgill notes that, since vendors no longer feel their money is safe with marketplaces, they are more willing to risk starting private shops where they manage all transactions single-handedly.

While marketplaces continue to dominate the dark web landscape, law enforcement agencies have been gradually catching up with their tricks.

Following a transcontinental sting operation earlier in July, two of the most popular markets, AlphaBay and Hansa, were both seized and shutdown by law enforcement. This bust was followed by rampant paranoia that fellow dark web competitor, Dream Market, might face the same fate.

Despite this chaos, Dream ultimately continued to operate regardless and swiftly established itself as the new go-to place for illegal buyers and sellers. That is until two weeks ago it suddenly vanished out of thin air, along with some of the dark web’s other leading trading places.

Dream is currently accessible via various mirrors, but users are worried something’s not quite right with it.

Indeed, all of this uncertainty has inspired numerous conversations in dark net communities about the possibility of replacing the popular centralized markets with distributed P2P alternatives – though users remain skeptical P2P platforms could be a viable solution.

Sixgill has further observed that some vendors, who have managed to amass favorable reviews, have been able to leverage this reputation into moving their business to encrypted messaging platforms like QQ and Telegram.

Curiously, the cybersecurity firm notes that while vendors would resort to doing business via Telegram, QQ and IRC, they tend to refrain from using services with servers based in Europe or the US, like WhatsApp and Messenger.

Still, though setting up a private shop could be a viable option for vendors, buyers ought to approach such situation with caution.

Unlike in marketplaces, which have incentive to ensure transactions between buyers and sellers have been completed fairly, any complications in private shops will have to be resolved between the customer and the vendor themselves. This could spell trouble for users, given that vendors have their own interest at heart.

In any case: with all of this blackmailing going around the dark web these days, it might be a good idea to stay on your toes – regardless of who you’re dealing with, a marketplace or a private vendor.

Read next: WeWork just bought a coding bootcamp, and it actually makes a lot of sense