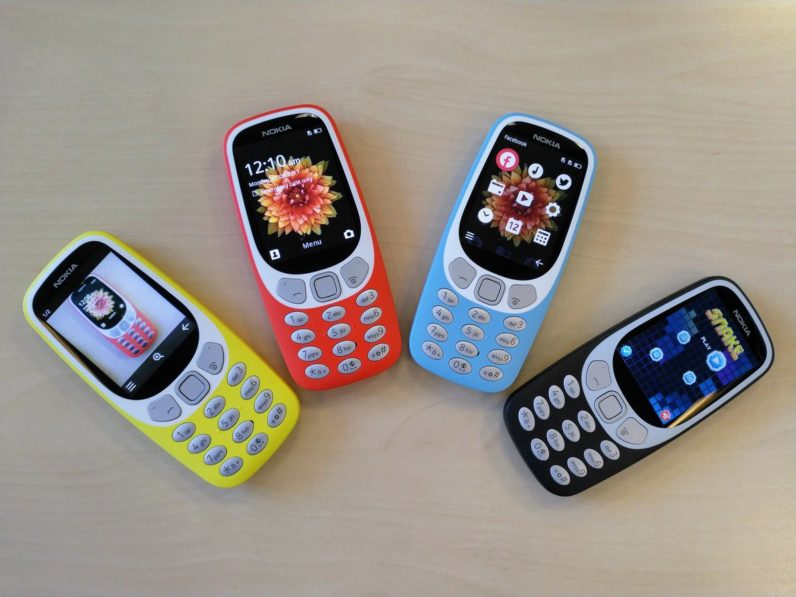 HMD Global – the Finnish startup currently licensing the Nokia name – has launched an updated version of its revived Nokia 3310. This time around, it packs a 3G radio and support for a handful of apps – like Facebook, Twitter, and Skype.

(Side note: Can you think of anything worse than composing a 280-character tweet on a T9 keyboard? Your thumbs will start to throb before you finish typing “time for some game theory.” )

The 3G radio is the star of the show here. Not only does it make downloading large files – like apps – less frustrating, it also means you can use the new 3310 in countries its predecessor didn’t support, like the US and Canada, which long switched off the 900 Mhz and 1800 Mhz frequencies.

I reached out to HMD Chief Product Officer Juho Sarvikas, who confirmed the 3310 3G will work in the United States.

That said, nobody buys a 3310 because they want a svelte, sleek phone, do they? The thirst for this handset seems to be equal parts nostalgia, equal parts desire for a backup handset that can survive a lot of abuse.

HMD also says that the keys on the 3310 3G are more spaced out – which is a plus, because again, typing on a T9 keyboard isn’t the easiest thing in the world.

It’s also worth noting that the 3310 3G runs a slightly different operating system than its predecessor, as HMD had to develop new software to handle the 3G radio.

Moi! To step up to 3G we had to create a new asset. As easy to use and navigate but with some cool new features. You will feel right at home

That said, it’s a feature phone. Do you really care what OS runs under the hood? I didn’t think so.

The 3310 3G will be available from mid-October in several markets, including Australia, which unfortunately missed out on the fun first time round. But then again, Australia has Tim Tams, so it all evens out in the end.

Read next: Everything you need to know about the state of digital in Asia-Pacific in 2017