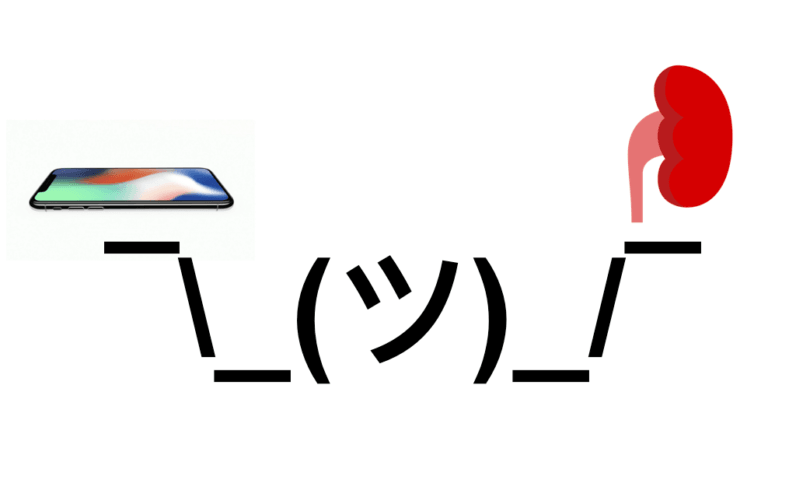 With the unveiling of three brand-new iPhone models released on Tuesday, consumers were quick to jump online and share their thoughts about their (more than) exorbitant prices. UK Software engineer, Felipe Schmitt took this opportunity to develop The real cost of an iPhone, a website providing consumers in different countries a quick and visual way to understand how many hours they need to work to afford each model.

This gonna be me when i see the new iPhone prices at the #AppleEvent 😂 pic.twitter.com/HLyVHtzxwO

As explained by Felipe via email “The main goal behind enabling people to select a country is to check their own country but also compare and (hopefully) gain awareness of the economic inequality in some countries”.

According to a BBC article from 2011, a 17-year-old Chinese boy sold his own kidney to buy an iPhone and iPad. Given the iPhone’s steady price increase over the last six years, people might have to sell a limb or two to get their hands on one of the latest models (no pun intended).

Felipe’s site makes it easy to compare the Netherlands – where I live now – and Mexico, for example. Whilst in the Netherlands it would take around 12, eight-hour working days at minimum wage to afford the new iPhone X, in Mexico it would take a staggering 255 days under the same conditions, due to the low minimum wage of around US $0.49/h. That’s over two thirds of a year’s work just to buy a phone!

If you think the above example is confronting, you haven’t heard anything yet. Those in Uganda with a minimum wage of around US $1.70 per month, would have to work eight hours a day for 12,487.5 days (almost 35 years) in order to buy the new 64GB iPhone X. Those in Australia on the other hand can own the same phone in under a fortnight.

To use Felipe’s site, simply head here and start writing the name of the country you want to check out, noting that input is case sensitive. Whilst the site is not entirely accurate as it only uses US iPhone prices and the “minimum wage” data is slightly outdated, it still is a shocking reminder about the extreme economic discrepancies between countries.

Felipe hopes to help consumers put some sense into figuring out if they are willing to put in the work to buy an iPhone (if at all). Maybe it’s time for Apple to create a powerful yet affordable phone so we can all have some more time off … and keep our body parts.