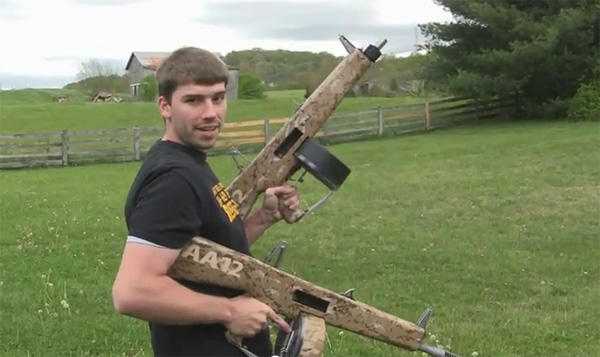 Myers, better known for his thick-accented Russian-born character Dmitri Potapoff, was reportedly arrested earlier this month on August 8 by the Franklin County Sheriff’s Office on charges of possession of Schedule I or II controlled substance with intent to distribute, Athens Banner-Herald reports.

For more context, the offence is punishable by anywhere from one to 30 years in prison.

Following the arrest, agents from The Bureau of Alcohol, Tobacco, Firearms and Explosives were able obtain a warrant and have since seized more than 50 firearms.

This marks the second time Myers’ residence had been raided during the last four years, after the ATF tasked 40-plus agents to search his house back in 2013. Though they ultimately found nothing and no charges were pressed, the reason for the visit was the YouTuber’s extensive history of blowing up shit in his backyard.

The 2013 raid came only months after FPS Russia production team member Keith Ratliff was found brutally shot in his home workshop. There is no evidence to suggest the two events were somehow connected though.

Since launching back in 2010, FPS Russia has stacked up more than 6.3 million subscribers. Its last video, which compares two DIY flamethrowers, was posted in April last year and has since accumulated over 3 million views. Nobody knows what he’s been up to since then.

Read next: This hidden iOS function shows how much time you’re wasting on which apps