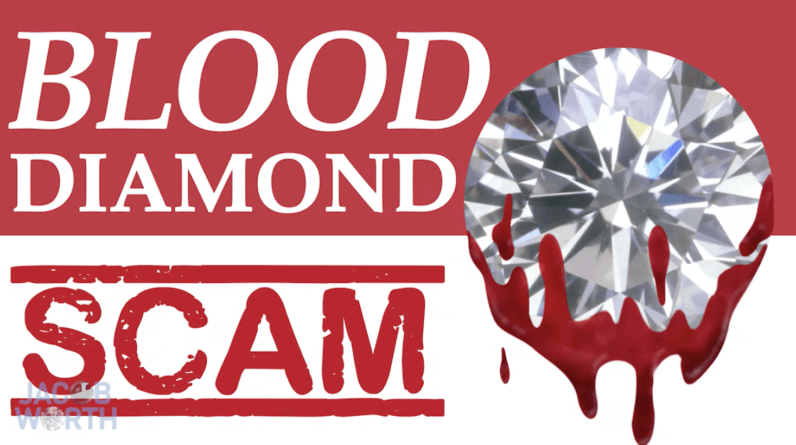 Jacob Avital, the YouTuber who brought the Brilliant Earth diamond scam to the forefront of our collective attention earlier this year, is now being sued in a New York Court. Avital, who you may know as Jacob Worth, was one of the sources in our own Brilliant Earth exposé back in May — and one of the few, of more than a dozen people we spoke with, that elected to go on the record.

According to court filings, Avital “bases the knowing falsehoods…on unsupportable assumptions, amateur and unqualified investigative methods, anonymous sources, false comparisons and even secret recordings of an unidentifiable individual who was not in a position to know about the origin of Brilliant Earth’s diamonds.”

Perhaps most interesting is this line by NYC tabloid, New York Daily News:

A jewelry company that prides itself on being ethically sourced says it is the victim of a smear campaign by a shady pseudo journalist with ties to escort services and a drug dispensary.

From our experience, Avital was forthcoming about his business dealings and the fact he was “no journalist.” He also owns a handful of shady-sounding domain names, such as “datebythehour.com” and “grasspackages.com:” both of which he claims were purchased as an investment, and only a few of the hundreds of domains he’s bought and sold over the years.

They were investments. No, I never used any of those domains. I never ran drug, prostitution, gambling, or adult entertainment websites.

Whether Brilliant Earth actually believes Avital is a Shady character or not, it’s curious the company chose to smear the man behind the videos rather than addressing the points within them. I can’t speak to Avital’s character, but the evidence presented in his videos (Part 1, Part 2) — points that TNW later confirmed and expanded on in our exposé — are hard to wiggle out from under, even for a company the size of Brilliant Earth.

Brilliant Earth didn’t respond to our request for comment at the time of this writing. We’ll be following closely, and reporting any new developments.

Read next: The Rick Roll is now 30 years old. You know what happens next.