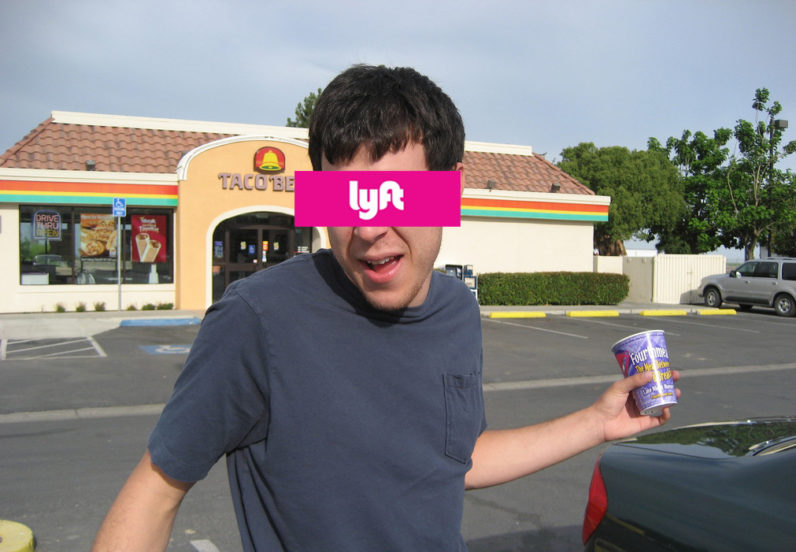 Coming this Thursday, Lyft will roll-out an “after hours” feature called Taco Mode, which will allow users to catch a Lyft to the nearest Taco Bell on their way to their destination between 9 p.m. and 2 a.m.

The Taco Bell-Lyft partnership is a power move by both companies because it almost guarantees a million drunken Crunch Wrap Supreme purchases. According to Foursquare’s data, 14.8-percent of Taco Bell’s customers visited between 10 p.m. and 4 a.m. Needless to say, party animals and aggressive midnight snackers are phenomenal for Taco Bell business.

If a user elects to use Taco Mode, they’ll get picked up in a taco-themed car, complete with in-car menu. They’ll also get a complimentary treat — a Doritos Locos Taco. The payment process is also simple: just place and pay for your order via the Lyft’s iPad and the Taco Bell detour will be added to the ride’s final price.

“We realized that for every person who has asked their Lyft driver to make a pit stop at Taco Bell — and we’ve seen many — there are likely those who weren’t sure if this was possible. With the advent of this fantastic partnership with Lyft, we will erase any lingering uncertainty and celebrate the ability to ‘ride-thru’ in Taco Mode.”

Testing takes place July 27-29, and August 3-5, and (unfortunately) will only be available in Orange County, California. However, Taco Bell does plan to expand the service across the US in 2018.