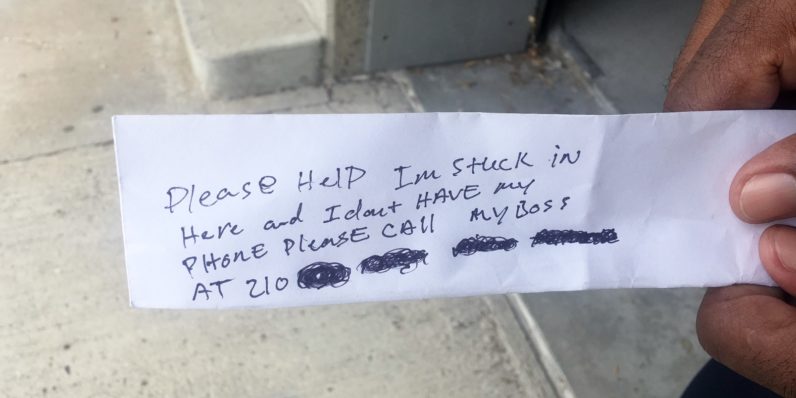 A Texas man proved the value of never, ever being without your phone when he got locked in a drive-through ATM earlier this week.

The unnamed worker, who was assisting with renovations to a bank, slipped into the room behind a Bank of America ATM and then couldn’t get out. Having left his phone in his car, he had to get help the old-fashioned way: hollering plaintively to passersby who continued getting money out and ignored him.

He managed to slip a note to someone through the ATM slot, reading, “Please Help. I’m stuck in here, and I don’t have my phone. Please call my boss.” The news stories don’t say if anyone took pity on the smartphone-less worker and called his boss, but eventually someone called the police.

All told, the workman spent two hours in the room before police broke down the door and freed him. At least one of them was having a good laugh at the poor bastard’s expense hours later.