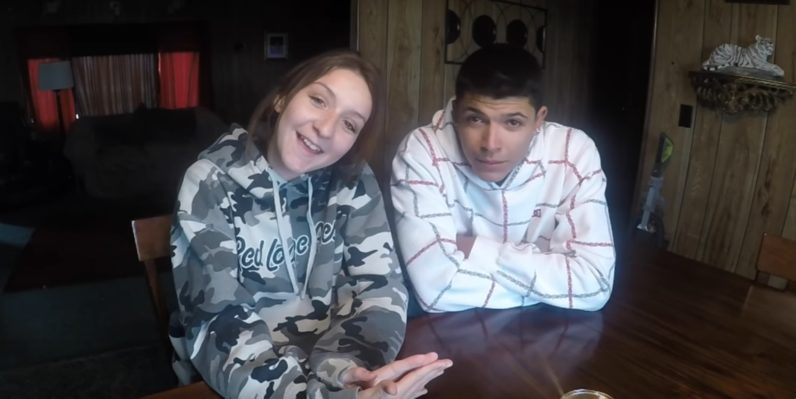 A young couple trying to get famous on YouTube fatally underestimated the power of a bullet — and now two children are going to grow up without a father.

19-year-old Monalisa Perez of Minnesota was arrested following the fatal shooting of her boyfriend last Monday. She said on Twitter that she and 22-year-old Pedro Ruiz III were shooting “one of the most dangerous videos ever” for their YouTube channel.

Her insistence about whose idea it was sounds eerily prescient now.

According to court documents, the two were shooting the video outdoors. The plan was for Perez to shoot at Ruiz with a pistol, while he held up a book to protect himself. Unfortunately, the gun was a gold .50 caliber Desert Eagle, and Perez was firing at his chest from a foot away. Such a heavy gun would probably have pierced any book.

Perez, who is pregnant with the couple’s second child, called the police, and emergency workers declared Ruiz dead at the scene. Their 3-year-old daughter witnessed the shooting.

Their channel, called La MonaLisa, was mostly prank videos and vlogs, so the stunt which followed seems wildly outside of their usual range. Ruiz’s aunt, Claudia Ruiz, said her nephew told him about the video before they made it. She said in an interview she urged him to rethink it:

He had told me about an idea. I said, don’t do it, don’t do it. Why are you going to use a gun? Why? Because we want more viewers. We want to get, you know, famous.

Perez was originally charged with reckless discharge of a firearm, which was upgraded to second-degree manslaughter. According to the complaint, the prosecution contends that she caused his death by negligence in creating an “unreasonable risk.”

And as terrible as it is for her and her kids, the prosecution may actually have a case against her. Whether it was his idea or not, she chose to fire a gun at her boyfriend in violation of common sense.

On the other hand, one could argue she’s not a danger to anyone else. Having to live with the knowledge that she killed the father of her children might be punishment enough.

YouTube’s egalitarian nature means anyone, even two young parents, can become famous and rich if they catch the right eyes. But considering the platform is flush with users who all want that same thing, you need to either be very lucky or very audacious to get the right eyes looking at you.

Read next: The first iPhone: What the critics said 10 years ago