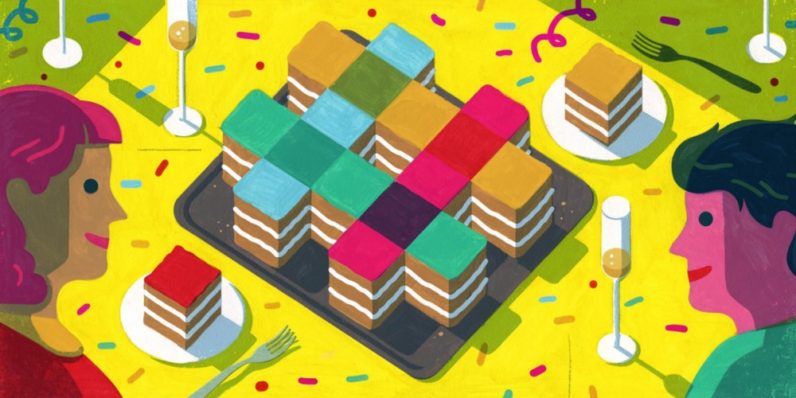 I’m trying to make sense of that figure, because that’s a lotta zeroes, and a whole lot more than the $3.8 billion valuation Slack saw when it raised $200 million in its last funding round back in 2016.

The company now brings in about $150 million in annual revenue, and grew its user base from 2.3 million in February 2016 to over 5 million this year – of which 1.5 million are paying subscribers.

There’s also strong competition to worry about. Microsoft launched its rival app, Teams, in March, and has a captive audience of more than 100 million Office 365 users to sell it to. Facebook has Workplace, which it launched last October and subsequently announced plans to offer its starter plans for free this April. The company says it has 14,000 organizations using its enterprise service across the globe.

That may indicate that there’s a huge opportunity for a company like Slack to win in the collaboration software space – but I wonder how Amazon might have arrived at its $9 billion valuation.

If you just do some back-of-the-napkin math and look at the previous $2.8 billion valuation from 2015, there’s a 44x multiplier on Slack’s $64 million annual revenue (various factors, including growth potential, can affect this multiplier); in 2016, we saw a 38x multiplier on the company’s $100 million revenue – bringing the valuation to $3.8 billion.

So, what significant change has taken place in the market or within the company to now warrant a 60x multiplier at the reported valuation of $9 billion from Amazon? Slack has added a few useful features this year, but they certainly aren’t game-changers. Perhaps there’s something in the fact that it’s doubled its user base in the past year. It just isn’t clear exactly what sort of value drivers Amazon is considering in the process of valuing Slack at this point.

Amazon has a plethora of services to support growing businesses, but a lot of them are focused on development teams that want to ship products and scale them. It did launch an enterprise-grade video cconference service earlier this year, though, and maybe it’s looking at beginning to round out its offerings with the inclusion of a collaboration tool like Slack.

There’s also a chance that Amazon is worried about a rival buying out Slack before it can swoop in, and knows about projects on Slack’s timeline that compete directly with Amazon’s own services – so this could be a pre-emptive measure of sorts. Another reason could be that Slack’s revenue has grown a lot more than we know since the last time the company shared figures publicly, and Amazon is in on that development.

Interestingly, Bloomberg noted that an agreement between the two firms isn’t assured and that it isn’t clear if talks will advance any further.

Of course, both companies are staying mum for now, so we’ll have to wait and see if anything materializes from this. But if my math is right, it seems like a lot of what’s driving the interest in Slack just now is a head full of hopes and dreams.

Read next: Rejoice: Facebook introduces a GIF button in comments