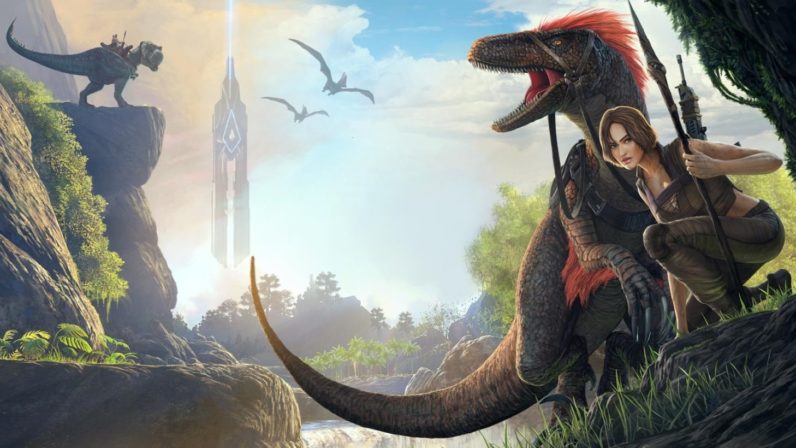 I’ve been playing ARK on Xbox One since it launched in the early-access program. It didn’t start off as a perfect experience, but it has become a visually stunning game that satiates my primal desire to stab a triceratops in the butt with a wooden spear.

During this year’s E3 event, the developers announced that they’ll be releasing the ‘official’ retail version of ARK: Survival Evolved on August 8th.

The game has been available as an early-access offering on Steam, Xbox One, and PS4. It will be releasing world-wide with three retail versions: basic, collector’s, and explorer’s. The regular price is $59.99, the collector’s edition will cost $99.99, and the Limited Edition Explorer’s Edition will run gamers $159.99.

Developer Studio Wildcard released the following video on their website with the official release date and a detailed explanation of the collector’s and explorer’s edition content.

The makers of ARK have two further expansions planned and those purchasing the collector’s edition or better will get access to Scorched Earth, the current expansion, and all future content.

The game will also be part of the Xbox One X line-up of games that play better on the upcoming console. Studio Wildcard co-founder Jesse Rapzcak told Game Critics Awards Chairman Geoff Keighly in an interview on Youtube’s live coverage of E3:

It’s amazing. It’s basically like Epic settings on PC, we’re targeting 60FPS. We recently introduced variable frame rate, but on Xbox One X with the extra horsepower, you’ll notice less variation in your frame rate even in busy situations.

It gets better for Microsoft’s customers: ARK is going to support cross-platform play between Windows 10 and Xbox One, and retro-active Play Anywhere support. This means if you’ve already purchased the game on Xbox One you’ll get to unlock it for Windows 10 at no additional cost.

Customers who have purchased the Steam version won’t get access to the Windows 10 or Xbox One version.

Those who purchased any version of the game, including PS4 and Steam versions, in its early access will not have to purchase the game again on August 8th – presumably they’ll receive any patches needed to bring their version up to retail.

The game has come a long way over the last two years; if you haven’t visited it recently now may be the time to saddle-up and ride some dinosaurs again.