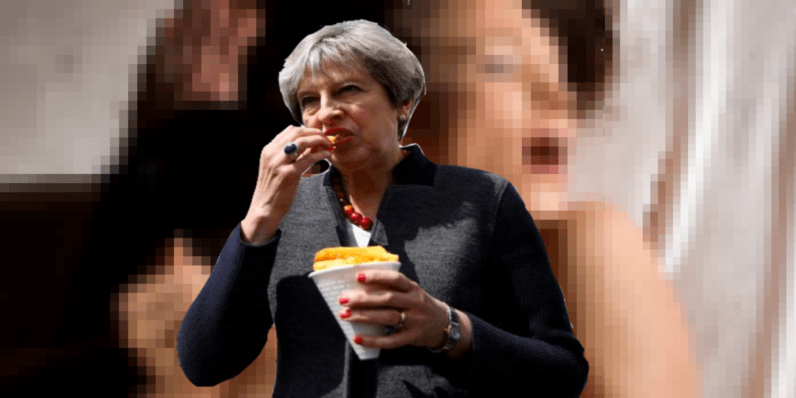 If you’re unfortunate enough to live in Tory Britain, you might soon have to visit a Post Office to ID yourself if you want to get down-and-dirty online.

As you might have heard, the UK is about to have an election. One of the quirks of British democracy is that in the weeks leading up to the polls, parliament is dissolved.

No MPs means no new laws, and as a result, there’s a rush to get laws passed before everyone heads off on the campaign trail. A bit like a college paper you rushed out before the deadline, laws tend to be ‘good enough’ — the fundamentals are there, and the details will be figured out later.

Take the Digital Economy Act 2017, which passed and gained royal assent a few days ago.

At first glance, this sounds reasonable. I think we all agree that young children shouldn’t be able to access lewd material.

One idea is that users register their age at the Post Office. So, that nice lady at the counter who sells stamps and penny sweets and knows your mum? She’s also going to know that you like to visit naughty websites.

Another idea mooted is for people to verify their age with either a credit card or a mobile phone contract. There are a couple of problems with that.

First, it’s not uncommon for parents to purchase their child a contract phone in their name. A contract phone doesn’t prove that the holder is over 18, just that the person who bought it is.

But also, if you have a poor credit history or have been declared bankrupt, as 100,000 people are in the UK each year, you can’t get a contract phone or credit card.

“It is our corporate responsibility as part of the global tech community to promote ethical and responsible behavior. We firmly believe that parents are best placed to police their children’s online activity using the plethora of tools already available in modern operating systems. The law has the potential to send a message to parents that they no longer need to monitor their children’s online activity, so it is therefore essential that the Act is robustly enforced.

Despite the law, those seeking adult content can still circumvent age verification using simple proxy/VPN services. Consequently the intent of the legislation is to only protect children who stumble across adult content in an un-protected environment. There are over 4 million domains containing adult content, and unless sites are enforced against equally, stumbling across adult content will be no harder than at present. If the regulator pursues a “proportionate” approach we may only see the “Top 50” sites being effected – this is wholly unacceptable as the law will then be completely ineffective, and simply discriminate against compliant sites. We are therefore informing, and closely monitoring the development of the regulations, to be published later this year, to see if they achieve the intended goals of the Act.”

So, in short, the Digital Economy Act 2017 is a catastrophe for privacy and basic civil liberties. It won’t protect kids, who are generally more tech savvy than their parents. They’ll just use a VPN, or download stuff from torrent sites who operate outside the law anyway.

Then there’s the actual law itself, which is so vaguely-written, it’s bound to entangle sites like Tumblr, which have adult-oriented pages. The bill states that those that must verify ages include ISPs and:

“any other person who the age-verification regulator believes to be involved, or to have been involved, in making pornographic material available on the internet on a commercial basis to persons in the United Kingdom.”

No doubt this will be a nightmare for any commercial, user-generated site operating in the UK. I’m not just talking about Tumblr, either. What about Dropbox, Facebook, or Twitter?

It’s just a bad, dumb, really ill-thought out idea. But it will win the ruling Conservatives some votes though, and I guess that’s the point, isn’t it?

Read next: TNW Conference speakers will be staying at this very special place