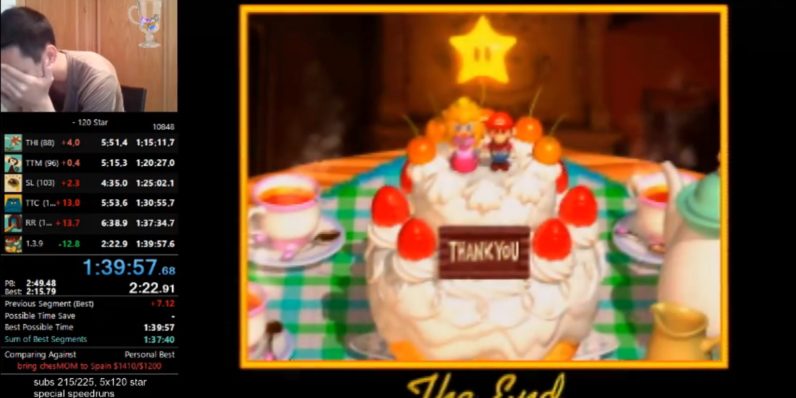 Beating a speedrunning world record requires a huge amount of concentration, knowledge of the game, and luck. When you pull it off, it’s an emotional experience, as one Super Mario 64 speedrunning demonstrated when he did so this morning.

The hardest version of a complete Super Mario 64 run involves finding all 120 stars in the game in as little time as possible. Doing it in less than 140 minutes (the previous world record) sounds all-but-impossible. Speedrunner Cheese05 managed the feat by a mere three seconds.

You can watch his entire run in all its frantic glory in a VOD on Twitch.

It’s almost as emotional to watch as it must have been to play. The 21-year-old Spanish gamer almost broke into tears at his accomplishment, as his Twitch chat gleefully congratulated him. If the sight of his grandmother hugging him doesn’t bring a smile to your face, few things will.

Read next: Red HTC U 11 surfaces in leaked virtual render