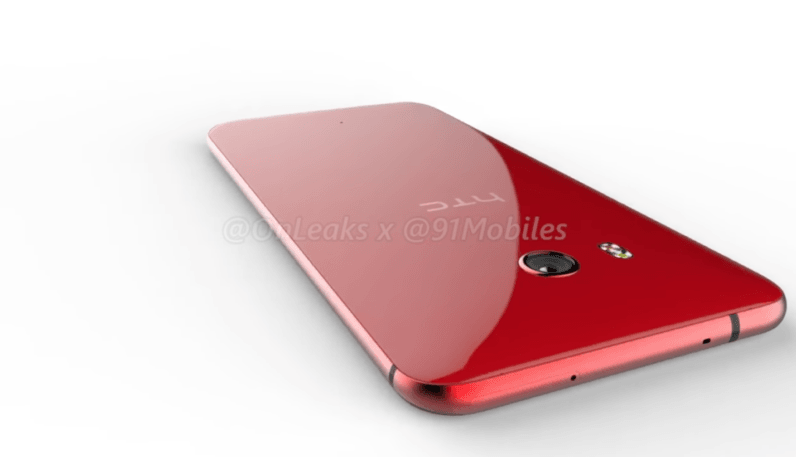 As always, leaked renders of devices should be taken with a grain of salt. That said, Onleaks, who is responsible for the HTC U 11 leak, is typically pretty reliable.

These types of renders are based on CAD drawings and typically leaked from the factory where the phone is manufactured, or from early previews for case designers. Regardless of where it came from, it seems to be the real deal.

The newly-released 360-degree renders show a bright red HTC flagship sporting the reported USB-C port in lieu of a 3.5mm headphone jack. The left edge has no buttons, but is reported by GSM Arena to be touch sensitive for use with HTC’s squeezable gestures. The right side features the standard hardware keys: power, volume up/down. At the bottom, you’ll find the thumbprint scanner just under the display and a 12MP camera in the rear.

The official release is expected to come at some point this month. For now, just enjoy the render while you dream in red.

Read next: Learn to create amazing Amazon Alexa voice-activated tasks, for under $20