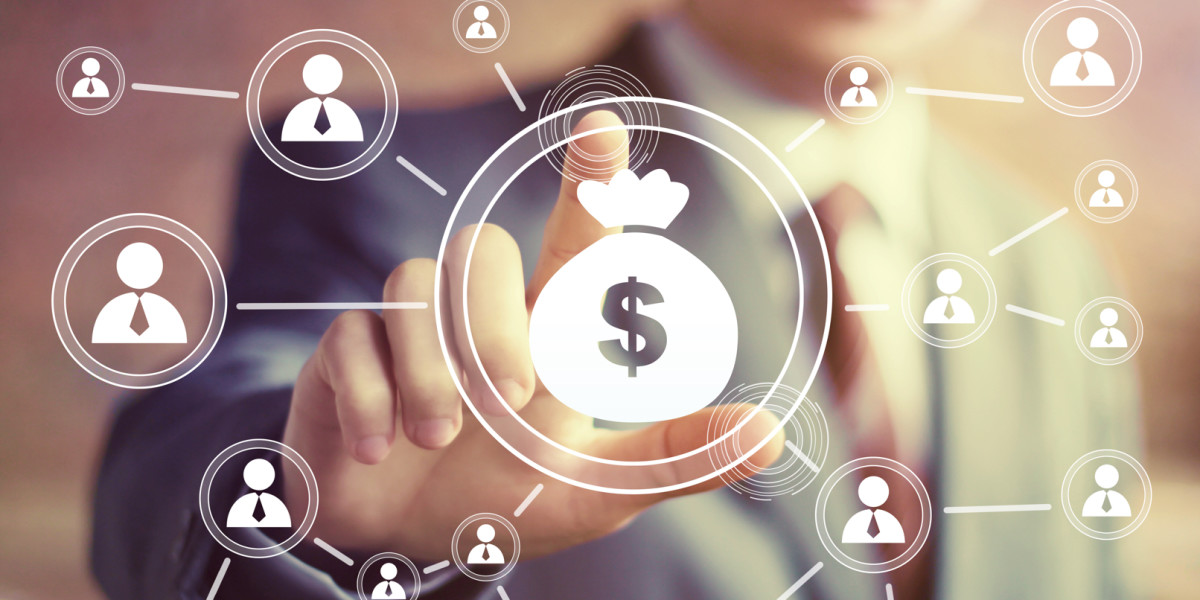 A huge debate started after Trump’s decision to allow internet services providers (ISPs) to sell their customers’ browsing data. We’ve yet to see how this exactly plays out, but one thing is certain, data is becoming more and more valuable.

We spoke to John Marshall, Chief Strategy and Innovation Officer at Lippincott and a Professor of Marketing at Dartmouth College, about the future of the data we inadvertently produce.

Marshall worked on Lippincott’s Customer of the Future series on what will happen to personal data in the next five to 15 years. The series is built on extensive research and tries to predict how technological advances will affect our daily lives.

Selling our data is inevitable

For Marshall, one thing is clear: the selling of data will happen, the only question is how.

We might think that we’re already at a junction in technological advancements, and we only need work out the kinks of our current system to take the right path.

We already have companies like Facebook, Amazon and others that have effectively changed our daily lives and deal with data. All we need to do is figure out how to regulate them as they are and then kick back and relax, right?

Well, not according to Marshall:

This whole thing is just beginning. We only have a tiny fraction of the amount of data about ourselves, and only a tiny modicum of the value of that data today. In the future, vast new value creation opportunities will exist over the course of the next 10 years.

New and improved ways of gathering and sharing of data will revolutionize our societies. It’ll become cheaper to access new personal data — like maps of our genomes, which is already becoming a reality — which will in turn create new opportunities. But with new possibilities come new challenges.

There’s so much value in the exchange that goes on — for marketing, advertising, and productivity in the case of the ISPs — that the exchange will still happen. It might just happen in different ways […] No matter what happens, data is going to be the new currency.

Data is now the world’s most important asset class because most value gets created by connecting things rather than making things. Today’s data exchange is largely subconscious but Marshall believes that people will demand more ownership over their data as it increases in value.

Who will do the selling?

Naturally, companies that are already monetizing customer data want to keep their dominant market position. However, Marshall says it will be likely that data ownership will end up in the hands of the consumers.

Right now a big education gulf exists as consumers don’t understand the value of their data or how it can be monetized. Marshall points out that in the past when big education gulfs have existed, like with financial services, it’s only been a matter of time before regulations swept in to protect individuals.

Data is basically currency, the question is how do we give up our data for something of value. Right now, we readily accept giving up our data. Every time you visit a website, you’re effectively agreeing to the websites privacy policy and giving them your data.

Once we realize the actual worth of the data we’re giving away, Marshall is confident that governments will side with individual against corporations.

The exchange of data is therefore inevitable, and with increased consumer awareness, ownership over it will likely end up in our own hands. But then yet another question arises, what am I supposed to do with it?

Birth of a new economic form

Although data does have immense value, it doesn’t mean that it’ll be easy to monetize it — at least for the average citizen. In this conundrum, Marshall sees huge possibilities for new types of businesses that will eventually lead to a new economic form. New industries will evolve that help individuals with managing, securing and monetizing their data — working as agents on behalf of their data.

This new shift towards a more data-driven economy will be on par with the great social changes of last couple of centuries.

When young men in the 1840s left the countryside to go work in the factories of London — right at the beginning of the industrial revolution — the same thing happened. They gave up all the warmth of pastoral life, but they didn’t have to make their own furniture anymore! You start to manage different things. We’ll spend more time managing our data then we’ll spend managing things.

Marshall says that this is simply evolution of society, not necessarily better or worse, just different. Our society is evolving yet again, but instead of factories being at the center of change, it’ll be platform businesses.

[A platform business] connects people together, moves the data around, and creates value through connection. Those businesses will probably get heavily regulated in the next few years and will be the battleground for data. […] We need to regulate them as fair brokers of our data, just as we regulate banks as fair brokers of money.

The current problem with the ISPs is that the services between customer and companies who want to use data aren’t really robust. Whole new industries will evolve that will close the gap between those who own the data (us) and those who want to use it.

This might all seem a bit overwhelming, and frankly, kind of dystopian. Using your own life as currency to buy services of huge corporations — effectively reducing us to the role of the consumer, or even worse, the product.

Marshall admits that there are a lot of challenges that come with adapting to world of data-driven platform-based businesses, but he’s far from feeling that it’s dystopian.

It’s an unbelievably promising and optimistic future, because this data gives me god-like power over my life. The more data that exists, the more power I’ll get — but I’ll need help managing that power.

For Marshall this only extends the control we’ve gained over our lives in the last 10 years. Today we can all sorts of things with our smartphones that we couldn’t have dreamed of in the past.

There’s also the possibility of data philanthropy, using our collective data to improve our society. We could know which roads to fix, get people better healthcare and so on.

However, this all depends on how data will be regulated, so we need to pay attention. Already, different viewpoints on the matter exist. In the US, data is most commonly seen as a lubricant of commerce, while Europe defines ownership of ones data as a human right.

If we’re not careful we might end up with unjust system where wealthier people could afford protecting and monetizing their data, while people with less means could be forced to give up their privacy to gain access to services. But regulated correctly, we could see our lives improved greatly.

Whatever we decide, it’s likely we’ll see the change to data-driven economy in our lifetime.