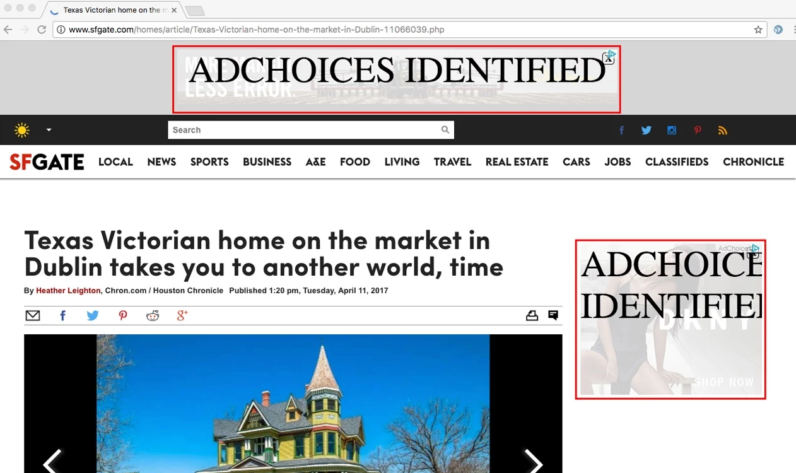 A new ad-blocking technology could mean trouble for online publishers.

Developed by researchers at Stanford and Princeton, this ‘undefeatable’ ad blocker breaks from the norm and detects ads much like humans do: by looking at it. Typical ad-blockers scan a page’s source code looking for signs of ads. It’s effective in most instances, but the technology isn’t perfect and can be circumvented to show ads — or “please consider whitelisting this site” pop-ups.

The new tool, Perceptual Ad Blocker, finds ads the way humans do: by looking. Instead of reading HTML markup or tags, the system looks instead at the content contained on the page. Arvind Narayanan, one of Perceptual Ad Blocker’s creators is confident in the technology:

Most previous discussions have assumed that this is a cat-and-mouse game that will escalate indefinitely. But in a new paper, accompanied by proof-of-concept code, we challenge this claim. We believe that due to the architecture of web browsers, there’s an inherent asymmetry that favors users and ad blockers. We have devised and prototyped several ad blocking techniques that work radically differently from current ones. We don’t claim to have created an undefeatable ad blocker, but we identify an evolving combination of technical and legal factors that will determine the “end game” of the arms race.

Currently, the proof-of-concept is being tested as a Chrome extension. In an attempt to avoid the ethical quandry that comes with ad-blocking tools, the researchers have decided not to enter the fray — at least not yet — and instead prove it works by displaying ads with identifying text.

Read next: Spoilsport Samsung won't let you remap the Galaxy S8's Bixby button to other apps