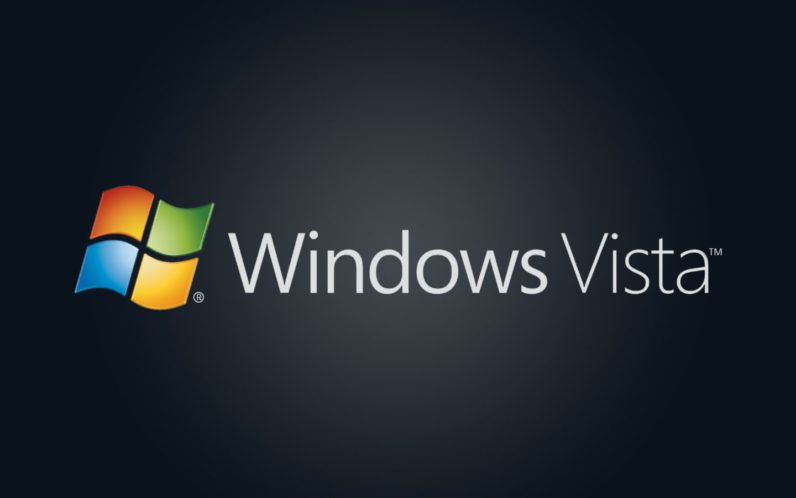 Today, Microsoft officially discontinues support for Windows Vista, putting to bed the company’s most maligned operating system since… what? Since Windows ME (which, I’ve been reliably informed, doesn’t stand for ‘Mistake Edition’)? Ever?

From this point onwards, those still using Vista are on their own. Microsoft will no longer issue bug fixes and security updates.

Those who continue to use Vista essentially put themselves at risk.

For most people, this isn’t an issue. Scarce few people still use it. According to NetMarketShare, its user-base totaled 0.72 percent of operating systems in March.

It’s interesting to note that the response to Vista’s discontinuation is subdued – especially when compared to Windows XP, which even today continues to command a sizable market share. Nobody really cares. There’s scarce moaning, wailing, and gnashing of teeth.

But that’s because Vista was shit. Actually, honest-to-god awful, and the team who worked on it should be made to sit in a corner to think about what they’ve done, like naughty schoolchildren.

I suppose our little retrospective should start at its launch. Initially, Microsoft made confident claims about how most computers on the market would be able to handle Vista, and how consumers would be able to use their old hardware. There would be no need to buy a new computer, or fork out for upgrades.

Yeah, that was a lie.

At launch, Vista’s hardware support was spotty, with the operating system lacking support for major and mainstream hardware components. At the time, The Register’s Thomas C Greene wrote an entertaining post about how Vista couldn’t support even the most vanilla of internals.

Others were less stoic about the situation. A visit to YouTube shows the strength of feeling from those who actually forked out for it, only for it to fail to install.

Worse, some laptops shipped with Vista Capable stickers, and marketed as such, when they actually weren’t. This lead to a lengthy legal battle between Microsoft and several pissed off consumers, which Microsoft eventually won after the judge stripped the claim of its class action status.

Those that eventually got the OS working quickly found that it ran like a dog – a bloated, wheezy, snoring, asthmatic dog. With three legs. And arthritis. And a 40-a-day smoking habit. You get the idea.

Yes, folks. Vista was slow. It ran tasks measurably slower than Windows XP, with those who opted to activate Aero and its other visual bells-and-whistles facing the brunt of its performance issues.

Sure, you could turn them off, leaving you with a more austere Windows XP-like experience. But given the major selling point of Vista was the fact that it was a novel and visually pleasing take on the Windows experience, this kinda defeated the point.

As a partial defense of Vista, Microsoft did try things here that remain in later versions of Windows. Vista pioneered UAC (User Account Control), which remains a cornerstone of Microsoft’s strategy for Windows security. But it did so in a way that was so ill-conceived and ham-fisted, that it pissed off a lot of people.

In fact, UAC on Vista sucked so much, people started to routinely disable it, which ironically made them more insecure.

The biggest kick in the teeth was that Vista was really expensive. A fresh install of Vista Ultimate Edition would set you back $399, while the cheapest version, Vista Basic, retailed for $199. Essentially, people paid huge sums of money for an operating system that was slower, and was arguably worse, than its predecessor.

And that’s just skimming the surface. Although it feels ages ago now, at the time, Vista was a deeply unpopular product, with a seemingly countless number of flaws.

Thankfully, Microsoft has moved on. Windows 7 showed that the company was responsive to feedback, and improved on the errors of its predecessor.

Windows 8 was a bit of a mixed bag, although it it was nice to see the company take seriously the increasing pivot to touch-based interfaces.

And then there’s Windows 10, which is a very solid operating system indeed. It could be argued that it represents Microsoft’s finest hour, and hows that the company can be ambitious, while also caring deeply about the end-user experience.

Given this impressive progress, I don’t think anyone will really miss Vista.

Read next: Instagram combines disappearing and permanent messages into one inbox