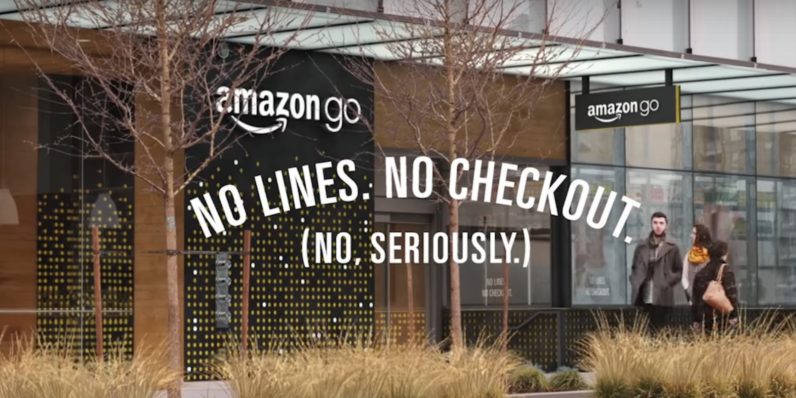 Amazon wanted to make a store where anyone can walk in, and take what they want without having to stop to pay on the way out. It seems all it takes to break this pie-in-the-sky idea are the shoppers.

The Wall Street Journal reports that the technology required for the store to charge customers breaks down if there are more than 20 shoppers in the store, or if the shoppers move too quickly. As a result, Amazon has delayed the opening of its Go store while it figures out how to fix the issue.

The idea behind the store is buyers may walk in, take what they need, and walk out without having to pay. They’ll then be billed via their Amazon account for the items they take.

The trick is that powerful cameras and sensors track each person and what they buy (or walk out of the store holding). As we pointed out when it was announced, this looks absurdly easy for shoplifters to fool.

Now it seems you don’t have wear anti-surveillance-patterned fabric to break the system. All you have to do is be the 21st person in the store.

According to WSJ, the store’s tracking also breaks when items are moved from their original location. So if you pick something up, change your mind, and don’t feel like going all the way back to its spot to put it away — admit it, we’ve all done that — then you’re breaking the store.

The store’s opening was originally scheduled for early 2017. There’s no word on when the next projected opening date will be.