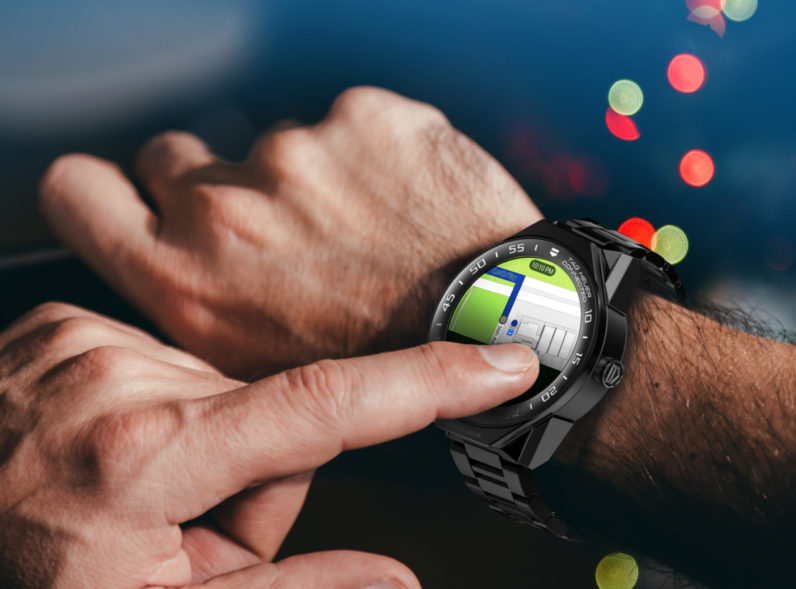 Smart watches haven’t really caught on, but that hasn’t stopped Tag Heuer from doubling down and releasing a sequel to 2015’s TAG Heuer Connected. And boy, is it pretty.

The TAG Heuer Connected Modular 45 was announced earlier today. As you’d expect for a product from the Swiss manufacturer, it’s pretty fucking expensive. At $1,650, it’s a full $150 more expensive than the previous version.

Given that the cost of an average Android 2.0 smartwatch is usually in the range of $200 to $400, the Connected Modular 45 is unusually expensive. But, to be fair, it’s an unusual product.

By the standards of most smartwatches, it’s gorgeous. It doesn’t actually look like a piece of technology, but rather a lovingly hand-crafted piece of art.

And as the name suggests, it’s modular, offering “hundreds” of options for personalization. The obvious stuff – like the straps and buckle – can be switched out, in case you get bored of how your watch looks.

But here’s where it gets especially bonkers – if you want, you can switch out the fascia from an electronic screen, to a more traditional mechanical watchface.

It can also take a bit of a beating, and is water-resistant up to 50 meters, and boasts a scratch-resistant sapphire crystal touchscreen.

Specs wise, it’s got a 24-hour battery, 4GB of storage, a 1.4-inch wireless display, and wireless (contact) charging. In terms of radios, you’ve got GPS and NFC, although sadly no LTE. As was the case with the previous model, powering the device is an Intel Atom Z34XX, and 512MB of RAM.

The appearance of Intel silicon in the Connected Modular 45 is a surprise – it’s more common to see power-sipping ARM chips under the hood. But it actually makes a lot of sense.

Traditional watches – the type of which TAG Heuer are known for – have an incredible longevity. It’s not uncommon to see expensive Swiss watches passed down through the generations, as a family heirloom.

While this isn’t possible with a modern consumer tech product – blame planned obsolescence – by using a high-powered Intel chip, TAG Heuer can guarantee that its watch will last longer than its rivals.

It could be argued that this helps to justify the frankly eye-watering price tag (no pun intended), as you won’t have to upgrade to a newer model after a year or so.

Read next: Dumbphones are so obsolete, they're no longer used to measure inflation